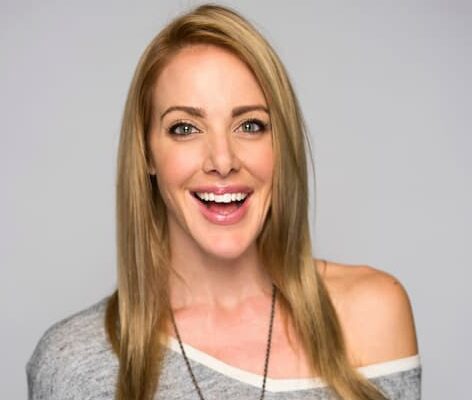 Kate Quigley is a standup comedian, host and actress. She is the host of ‘Date Fails’ podcast and tours as a headlining comedian and is a regular at the Improv, Laugh Factory, Icehouse, Comedy Store, and Haha Comedy Club in Hollywood.

Kate is divorced. She was married to her high school boyfriend, who she married at the age of 19. The couple stayed together for 10 years but they divorced due to differences in goals. Kate wanted to be an actor and moved to LA while her husband wanted to move to New York.

She is in a relationship with Darius Rucker, the American singer and songwriter who is the lead vocalist and rhythm guitarist of rock band Hootie & the Blowfish. It is not clear when the two began dating. Rucker was previously married to Beth Leonard for nearly 20 years until they announced in July 2020 that they will be separating or “consciously uncoupling”

Quigley is a standup comedian who tours as a headlining comedian and is a regular at the Improv, Laugh Factory, Icehouse, Comedy Store, & Haha Comedy Club in Hollywood. She had an Armed Forces Tour, performing for troops in Japan, Singapore, Guam, and Diego Garcia.

She appeared in The Office as a casino waitress. Her other TV credits include; The Josh Wolf Show (CMT), The Danny Comden Project(Pilot for Warner Bros), The Megan Mullally Show (NBC), and Talkshow With Spike Feresten (FOX).

On September 3, 2021 Kate was admitted in hospital after a drug overdose. She was at a party in the Venice neighborhood of L.A. with comedian Fuquan Johnson and two others; Enrico Colangeli, a friend of Johnson’s and fellow comedian, and Natalie Williamson, who died from an overdose. She is a resident of an adjacent property. The police were called just after midnight. When they arrived on the scene, they found four people in near-deceased condition.

Kate was taken to a medical unit in critical condition while Johnson and two others were confirmed dead on the spot. Police are speculating that it was a case of the group ingesting cocaine laced with fentanyl.

Kate is alive but still admitted in hospital. Her friend Brian Redban shared an update about her condition on Twitter, he had sent a text message asking her to “Text me if you’re ok.”