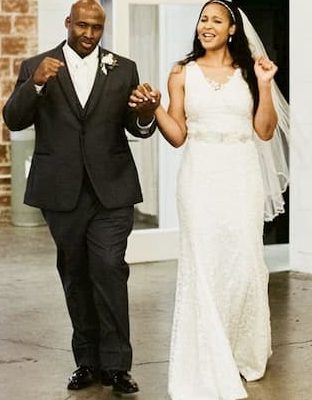 Jonathan Irons is an African-American convicted at the age of 16 to a 50-year prison sentence after a jury found him guilty of burglary and assault with a deadly weapon. The conviction was overturned in March 2020 after Maya Moore helped. He is the husband of Maya Moore, a two-time Olympic gold medalist, two-time N.C.A.A. champion, and four-time W.N.B.A. titlist.

At the age of 16, Iron was tried and convicted as an adult by an all-white jury for the burglary and shooting at the home of 38-year-old Stanley Stotler. He was convicted of first-degree assault, armed criminal action, and first-degree burglary and given a sentence of fifty years.

On January 14, 1997 Stanley Stotler was shot twice at his house by a bulgar. A week later Jonathan was arrested at the time of the crime occurred he was selling marijuana and when he was picked up by authorities he thought it was for illegal drugs. According to Jonathan, he did not hear he was being charged with the burglary and shooting until his first court appearance.

According to the NYTimes, the court records show that Stotler was unable to pick out the assailant from among a lineup of six photos. Instructed by a police officer to give his best guess, Stotler pointed to a picture of Irons, which was slightly larger than the others, and to another photo of a different African-American man.

Stotler later identified Irons as the perpetrator while Irons sat in court — once while Irons was dressed in prison garb and another time while the teenager sat next to his defense lawyer. But there was no corroborating witness to the crime, nor were any fingerprints, DNA or blood evidence implicating Irons presented in court.

Three latent fingerprints were lifted from the interior of the front storm door on Stotler’s residence. Sixteen-year-old Jonathan Irons was later arrested.

During the trial, Deputy Sheriff Ricky Luetkenhaus, who processed the crime scene, was the only witness who testified about the latent fingerprints. He said the prints were identified as the victim’s and alleged they were not able to get any other usable prints out of the building.

Prosecutors said Irons admitted to a police officer that he had broken into Stotler’s home, a claim that Irons steadfastly denied. The officer who interrogated him did so alone and did not make a video or audio recording of the conversation. Asked for his interview notes, the officer said he had thrown them away.

What Was Jonathan Irons Accused of

He was convicted of burglary and shooting of Stanley Stotler, 38, a homeowner who lived in the St. Louis suburb of O’Fallon. According to court records, Stotler was shot in the right arm and right temple.

In September 2019 Maya Moore started a petition demanding a fair trial for Jonathan who she said was wrongfully convicted.

“Jonathan Irons has been incarcerated since 1997 for a crime that he did not commit… I’ve known Jonathan for over a decade, and I’m fighting to make sure his case gets a fair review and calling attention to the prosecutorial misconduct that I believe resulted in Jonathan being wrongfully sent to prison for 50 years as a teenager.”

Jonathan was released from prison on July 1, 2020 after serving 22 years of his sentence.

His case was overturned in March 2020 by a Missouri judge, Judge Daniel Green who ruled that prosecutors had suppressed evidence in the burglary and assault case against Jonathan Irons.

In the order, Green called the prosecution’s case “very weak and circumstantial at best.” No physical evidence was found linking Irons to the crime, and he said the testimony of the only eyewitness was “dotted with inconsistencies.”

Authorities also failed to turn over a fingerprint report that would have bolstered Irons’ defense. The report was found only after advocates obtained it through a 2007 records request with the local police department, Green wrote.

There was no settlement for his wrongful conviction.

On September 16, 2020 during an interview on Good Morning America, Maya Moore revealed that she had gotten married to Jonathan a few months ago.

“We wanted to announce that we are super excited to continue the work that we’ve been doing together but doing it as a married couple. We got married a couple of months ago and we are excited to just continue this new chapter of life together.”

Jonathan said he wanted to marry Moore but also wanted to protect her as being in a relationship with “a man in prison, it’s extremely difficult and painful.” He confessed his love for her while still at Jefferson City Correctional Center.

“I wanted to marry her but at the same time protect her because being in a relationship with a man in prison, it’s extremely difficult and painful and I didn’t want her to feel trapped and I wanted her to feel open and have the ability any time (for me to say) if this is too much for you, go and find somebody. Live your life. Because this is hard.”

Jonathan also revealed that he proposed to Moore earlier in the year after his release.”It was just me and her in the room and I got down on my knees and I looked up at her and she kind of knew what was going on and I said, ‘will you marry me,’ she said, ‘yes.'”

Grateful to announce this new chapter of life! What a miracle ❤️??❤️

Moore first met Irons in 2007 during a visit to the Jefferson City Correctional Facility. Her godparents had met Irons through a ministry outreach program and wanted Moore to meet him. This was shortly before her freshman year at the University of Connecticut, where she became one of the most heralded women’s players in collegiate history.

According to the NY Times, Moore did not speak publicly about their friendship until 2016, when she began advocating for changes in law enforcement and the legal system. Following a series of police shootings of unarmed Black men — including the death of Michael Brown in Ferguson, Mo., near where Irons grew up — and the killing of five Dallas officers by a sniper during a protest of police brutality, Moore helped lead the Lynx in one of the first athlete protests for the Black Lives Matter movement and racial justice.

In February 2019 Moore announced that she would sit out the season to focus on criminal justice.

In January 2020 she told the New York Times that she would sit out the season and skip the 2020 Olympics to fight for Jonathan Irons.

“I’m in a really good place right now with my life, and I don’t want to change anything. Basketball has not been foremost in my mind. I’ve been able to rest, and connect with people around me, actually be in their presence after all of these years on the road. And I’ve been able to be there for Jonathan.”

During her interview with GMA, she said they developed a friendship and over time they fell in love.

“Over the last 13 years we have just developed a friendship and just entered into this huge battle to get him home and just over time it was pretty clear what the Lord was doing in our hearts and now we’re sitting here today, starting a whole new chapter together.”

On September 16, 2020 Robin Roberts announced that her production company Rock’n Robin productions has teamed up with ESPN films to produce a documentary about Maya and Jonathan’s story.