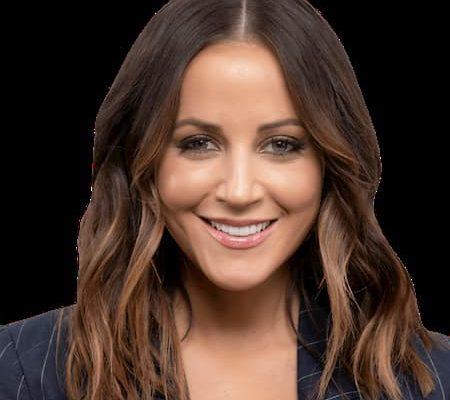 Kay has two siblings; a sister known as Sylvia, and a brother, Adamski.

She is not married and there is no public information regarding her relationship status.

In 2013, Adams provided YouTube fantasy recaps for DraftDayMedia. She also worked with other fantasy outlets such as, FanDuel. Kay then went on to host Fantasy Football Live on NBC Sports Network.

Sony and ABC announced that they launched the new Millionaire Live app where contestants will be able to play with the help of the show Kay Adams. The grand prize is the same as the maximum dollar amount earned in television programs.

Adams was not named after the character of Kay Adams in the Godfather. She said in an interview that she hasn’t even watched the film.

“People say it a lot. Or some people don’t put it together, then they watch the movie and they’re like (gasp). I probably get like two tweets a day that is like, “Did you know?” or “What was behind this?” but no.”

Kay earns an estimated annual salary of $80,000 as a host of GMFB on the NFL Network.

adds for your fantasy squad YOU ARE SO VERY WELCOME! ???