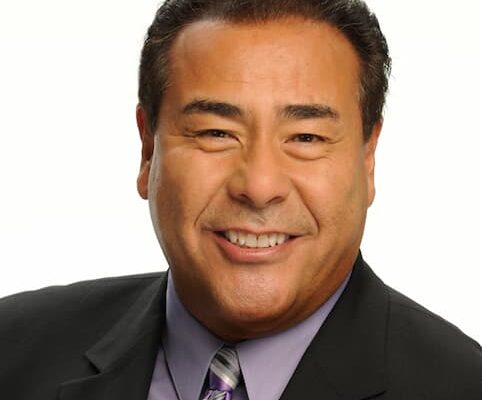 John Quiñones (Juan Manuel Quiñones) is an American ABC News correspondent and the current host of What Would You Do?.

He is a fifth-generation San Antonian as well as a Mexican-American.

He has a standing height of 5 feet 8 inches tall.

Quinones was raised in a Spanish-speaking environment and did not begin learning English until he was six years old. His father was let off from his job as a janitor when he was 13 years old. He and the family joined a caravan of migrant farmworkers traveling to Traverse City, Michigan, to pick cherries. Later that summer, the Quinones family traveled to Toledo, Ohio, to pick tomatoes on the migrant route.

He has two Spanish-speaking sisters Irma and Rosemary.

Quinones is happily married to Deanna White who is a registered a nurse. They tied the knot in 2010. He was previously married to Nancy Loftus in April 1988. According to reports, the wedding took place in West Palm Beach, Florida. They divorced in 2009. In 2010, a year after his divorce from Nancy, John Quinones tied the knot with Deanna White, a registered nurse. Accompanying them in their home are their two rescue dogs, Fletcher and Chloe.

He is the father of three Julian Quinones, Nicco Quinones, and Andrea Quinones were their three great children from his previous marriage. Julian is now working with CNN on a documentary series called “The Wonder List.”Julian is also a father, and his kid, Luca Carter Quinones, is a close friend of his grandfather.

John Quiñones is the anchor of “What Would You Do?” one of the highest-rated newsmagazine franchises of recent years. During his 25 year tenure at ABC News, he has reported extensively for all programs and platforms and served as anchor of “Primetime.”

Quinones was the first journalist out of thousands to secure an exclusive interview with the first survivor (Mario Sepulveda), who spoke about their horrific ordeal while covering the Chilean miners’ catastrophe in 2010.

Additionally, The National Council of La Raza presented him with the ALMA Award. He also contributed stories to ABC News’ groundbreaking 24-hour, live, global Millennium broadcast. For this, he received the George Foster Peabody Award. He also received a Gabriel Award for his moving story about a young guy who traveled to Colombia on an emotional trip to reunite with his birth mother after two decades.

Along with that, he spent nearly a decade reporting for “World News Tonight” in Nicaragua, El Salvador, Guatemala, Honduras, and Panama in the 1980s. From 1975 to 1978, Quinones worked as a radio news editor at KTRH in Houston, Texas, as well as an anchor and reporter for KPRC-TV. He then became a reporter for Chicago’s WBBM-TV.

He ahs garnered a networth of $2 million