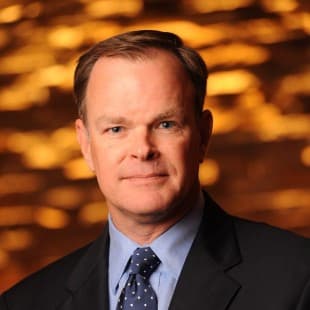 John Barr joined ESPN as an Atlanta-based correspondent for the company’s newsgathering department in June 2003.   He primarily covers investigative and human-interest features for Outside the Lines and E:60.

His date of birth and year are not yet known to the public.

There are no details about his height yet.

Barr is a native of London, Ontario, Canada, earned a master’s degree in journalism from Indiana University in 1992. He also gained a bachelor’s degree in history/political science from the University of Toronto in 1989.

He has not disclosed any information about his parents to the public yet.

He is happily married to his wife. However, he has not revealed her to the public. They reside on the outskirts of the city of Philadelphia.

He is a father of one, a son, whom he posts occasionally on his social media accounts.

Barr is responsible for covering breaking news items and important events for SportsCenter and ESPNEWS, as well as contributing to ESPN.com.He’s presently stationed in Philadelphia and works for ESPN’s Enterprise Unit. John established his own production company, producing and reporting shows and features for The National Geographic Channel and Court TV, between 2002 and 2003. He has previously served for KSTP-TV in Minneapolis/St. Paul (1999-2002), WBFF-TV in Baltimore (1997-1999), WHTM-TV in Harrisburg, Pa. (1995-1997), WTHI-TV in Terre Haute, Ind. (1993-1995), TV-43 in Hopkinsville, Ky. (1992-1993), and WFIU-FM in Bloomington, Ind. (1990-1992).
Additionally, Barr has won two Peabody Awards: in 2013, for his coverage of the NFL’s concussion problem, and in 2019, for his coverage of the Larry Nassar sexual assault scandal, which led to significant changes at Michigan State University and USA Gymnastics.
Moreover, he co-authored his first book, Start by Believing, with fellow ESPN reporter Dan Murphy and published in 2016. Barr’s Outside the Lines segment on human trafficking at the 2010 World Cup won a National Edward R. Murrow honor. This was after a  video investigative reporting in 2011, the first time a sports network had received the award. Barr has hundreds of honors, including eight Regional Emmy Awards, for his work at ESPN and in local television.

He earns a salary of approximately $87,000 annually.

His networth has amassed to approximately $ 1.5 million