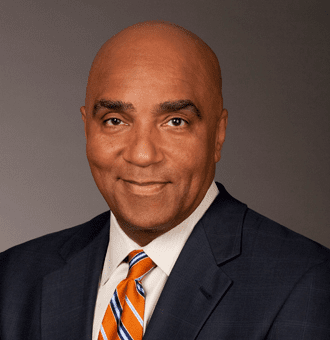 Information about his height is unavailable.

He graduated with a bachelor of arts degree in political science from Marshall University in Huntington, West Virginia and a law degree from American University in D.C.

The name of his parents is unknown. He’s said to have been born to African and American parents.

He was married to Michelle Bernard, MSNCB TV journalist and lawyer, until they divorced in 2008. Joe and Michelle eloped and tied the knot in Middleburg United Methodist Church in Virginia wearing casual jeans.

He’s got two kids with his ex-wife.

He is CNN’s senior Washington correspondent, responsible for covering a wide range of political and breaking news stories for the network. Before, he served as a justice correspondent, covering the Supreme Court, legal and crime issues. He joined CNN as a congressional correspondent in January 2004.

Prior to joining CNN, he covered events on Capitol Hill, at the White House and at the Pentagon for more than 10 years with NBC News. He was among the NBC Nightly News team to receive an Edward R. Murrow Award for his “Beltway Sniper” reporting.

He joined WRC-TV, an NBC affiliate in 1983 . There, he won an Emmy for his reporting on the violent tactics used by the Nation of Islam to rid a district neighborhood of drugs. Before joining WRC-TV, he was a reporter at WSOC-TV, in Charlotte, N.C. He began his TV career as a reporter and anchor in 1980 at WSAZ-TV in Huntington, W.Va.

His reporting contributed to two 2011 Emmy Awards for Anderson Cooper 360°’s Haiti earthquake coverage. Johns is the recipient of two National Association of Black Journalists Salute to Excellence awards. He was honored first in 2005 for a profile on lynching survivor James Cameron and then again in 2007 for a series of pieces on environmental injustice. He contributed to CNN’s Emmy award-winning Election Night coverage in 2012 and 2006 and he was a member of the Peabody Award-winning Best Political Team on Television throughout the America Votes 2008 election coverage. He has also reported and narrated documentaries for CNN on the 2001 anthrax attacks in the United States, and on allegations of voter suppression and fraud in national elections.