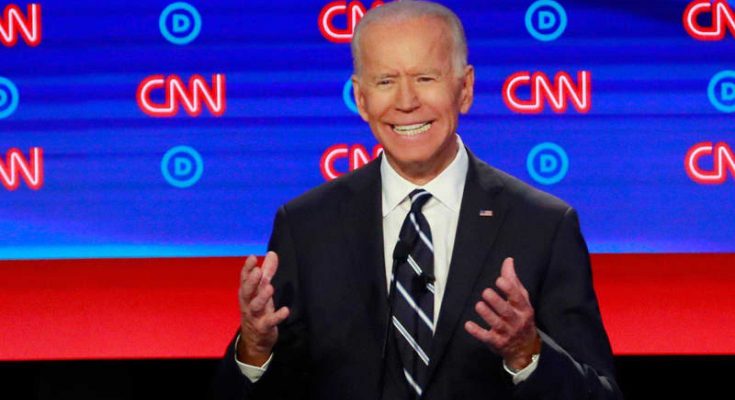 With nothing short two months to go before the US presidential election. The American election has begun to take form as the former vice-president Joe Biden, the Democratic Party’s nominee, is polling ahead of incumbent Republican President Donald Trump in key battleground states, though he has seen his lead narrow in some states since the summer.

Joe Biden and Donald Trump each need 270 electoral votes to win the presidency. Most states are leaning or solidly in favour of one candidate, but in some states, the race is too close to call. These toss-up states are quite undecided but Donald Trump is using this as the basis to narrow the gap on Joe Biden as the presidential seat began to stir up.

In less than 10 weeks from now, the United States will vote to elect a new government for the next four years or re-elect the Trump administration for a second term. Former vice president and Democratic Party’s presidential candidate Joe Biden and current US president and Republican opponent Donald Trump have raised the stakes as the nation goes to polls on November 3.

While the president’s party concluded the scaled-down Republican National Convention on Thursday, the Democratic Party wrapped up its event last week by officially nominating Biden for the post of president and Kamala Harris for vice president.

The nomination of Senator Kamala Harris by Joe Bidden as his running mate is a good play for the Democratic Party. The Indian root of the senator gives the white minority a voice in central power. By selecting the junior senator from California, a state that Democrats have captured in every presidential election since 1992, Mr. Biden embraced the modern imperatives of Democratic coalition-building that have made the days of choosing running mates who could deliver their home states a relic of the past.

If Senator Harris does not put any particular new state into play, Democratic strategists and Biden allies were hoping her spot on the ticket could increase turnout and Mr. Biden’s margins across the map and strengthen his position in states that Hillary Clinton lost in 2016, in no small part because of a drop in votes in African-American communities.

That includes big cities in industrial states that Mr. Trump carried in 2016 — Michigan, Pennsylvania, and Wisconsin — where Democrats did not turn out at the same levels as they did for former President Barack Obama, as well as more Republican-leaning states with sizable Black populations, like North Carolina and Georgia, that the Democratic Party has poured resources into in 2020.

In truth, for all the talk about geographic balance in presidential tickets, it has been decades since that was on the top of the punch list for presidential candidates looking for a running mate. Mr. Biden’s list of finalists this year was evidence of that: Gretchen Whitmer, the governor of Michigan, was one of the few who fit that old model. However, the strong personality and what the senator stands for could be the deciding factor that can land the seat of power back in the hand of the Democratic party once again.

Moreover, the current President of the United State had lost most of his public support since his assertion to the throne of the Presidency in 2016. Currently, the President’s policy on American companies from replacing local workers with lower-cost foreign workers, a key fallout of outsourcing, and continuing his hardline position on immigration, might not have sat well with the national industrial revolution but his “America First” foreign policy could be well understood by the local masses.

The difference in the candidacy idea could be best deployed by the Democratic party and their nominee had gain ground with people sitting their trust once again with Joe Biden to bring back America’s greatness once again. But, his competitor is starting to gain more public trust as Donald Trump closes the gap further on Joe Biden in the 2020 United States election market as of November 3, election closes, but still Biden looks favourite.

Coming ahead of the party conventions, the poll showed 50 percent of registered voters were backing Biden and his proposed vice president Kamala Harris. While 46 percent said they would vote for Trump and vice president Mike Pence.

Again, the gap is even closer across the 15 battleground states as Biden polls at 49 percent, while Trump has 48 percent. This is in stark contrast to polls back in June. One, conducted by the Washington Post and ABC showed Biden had a ten-point lead over Trump. The Democrat had 53 percent of the vote, with Trump back on 43 percent.

It all seemed a big positive for Biden, as the 29% are realigning with him with the opinion of voting out the current President, Donald Trump out of the White House.

Overall, 54 percent of people polled disapproved of Trump while 42 percent approved, and while Trump disapproval rating is lower than it has been this year, it is a mechanism that could land him at the lower end of historical approval ratings of past presidents seeking re-election. Barack Obama polled at 48 percent, George W. Bush had 49 percent, Bill Clinton showed 53 percent and Ronald Reagan tops the chart at 54 percent.

Certainly, it is easier to dismiss the polls with the thought that they got it all wrong in 2016 and President Trump frequently does exactly that. But it’s not entirely true. Most national polls did have Hillary Clinton ahead by a few percentage points, but that doesn’t mean they were wrong, since she won three million more votes than her rival.

However, come November 3, 2020, Americans will decide who will have the mantle of leadership in the United State for the next four years. And, presently, all odds are against the incumbent president as Joe Biden is heavily favored by the larger percentage of the population and President Donald Trump is salvaging his last card to emerge winner come November 3.

Donald Trump closes the gap further on Joe Biden in the 2020 US election market and the election will be a tight fight. Eventually, it will be Americans that will win in the coming election.