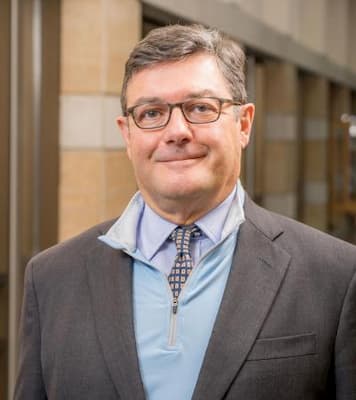 Alberto Piedra is a former head of global banking at Dresdner Kleinwort. He is the husband of Jane Fraster, who in September 2020 was named as the CEO of Citigroup, becoming the first woman to run a major Wall Street bank, she will succeed Michael Corbat after he retires in February 2021. She previously served as Citi’s President and CEO of Global Consumer Banking.

Piedra is a Cuban national.

He has a Bachelor’s degree in Business from Notre Dame. He graduated in 1978.

Alberto is married to Jane Fraster, a Scottish-American banking executive. She serves as the president of Citigroup, and also CEO of Consumer Banking. She joined Citigroup in 2004. In September 2020 she was named as the replacement for Michael Corbat as CEO of Citigroup after he retires in February 2021. This makes her the first woman to head a major Wall Street bank.

Alberto quit his job in 2008 to look after their children. During an interview with CNN Jane Fraster said;

“We sat down in 2008 and said, ‘one of us has to stop for family’. He’s a decade older than me and he said, ‘Okay, I’ll be the one who will go and do something different.’ There was no way we could carry on.

That was the peak of the (financial) crisis. His bank was sold, and he moved into working for boards and investing, and also spending more time with the kids. If it had been me, I’d have done it willingly too, because I’m a mum, and that’s a joy.”

Alberto Piedra served as the head of global banking at Dresdner Kleinwort in the UK. He later quit the job to look after his family. In August 2009, together with other former managers, they sued the investment bank after Dresdner Kleinwort’s new parent company, Commerzbank, refused to pay the contracted compensation.

In October 2009 they won the case, Mr. Justice Jack ruled that severance payments and guaranteed bonuses in their contracts should be honored. Alberto received €3m.

Piedra has more than 30 years of experience in the financial services industry, primarily in senior management roles in investment banking. After quitting mainstream investment banking as head of Global Banking at Dresdner Kleinwort in 2009 he works in the non-profit sector. He currently manages his family office and sits on the board of Ignite D2K, a company that optimizes the strength of the internet through big data.

He has not made his net worth public.