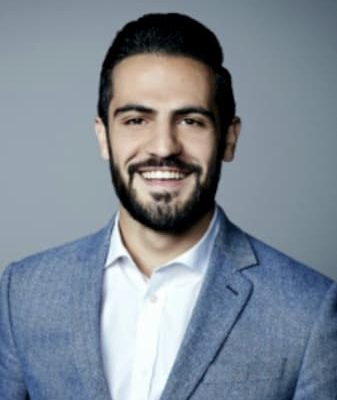 Jeremy Diamond is an American journalist serving as a White House correspondent for CNN based in Washington, D.C.

Jeremy is a Canadian-American national.

He has not revealed any information about his family.

Diamond is not married but is in a relationship with Ali Vitali, a White House Reporter for NBC News Digital covering the Trump Administration out of Washington DC and frequently appearing on MSNBC. She was named one of Huffington Post’s Top 25 Millennial Broadcasters In American News and Politics in July 2017.

Travels are never quite as fun without this one ???

Jeremy is not gay.

Jeremy is a White House correspondent for CNN based in Washington, D.C. She joined CNN in September 2014 as a political reporter. He had previously interned with the network twice.

As the White House correspondent, he has reported on foreign policy, domestic policy and politics, breaking stories on the administration’s policy on North Korea, behind-the-scenes details of West Wing strife and the impact of the special counsel’s investigation.

In April 2020, President Trump during a coronavirus briefing attacked Jeremy after he called him out for congratulating himself on his response to the coronavirus crisis when 40,000 Americans are dead from it and 22 million are unemployed.

Jeremy said; “More than 22 million Americans are unemployed because of this. Today we hit the grim milestone of more than 40,000 Americans now having died from the coronavirus. Can you explain then why you come out here and you are reading clips and–and uh, showing clips of praise for you and for your administration? Is this really the time for self-congratulation?”

Diamond replied: “But the clips that you played and what you read earlier was praising you and your administration. Why is now the moment to do that? On the day more than 40,000 Americans have now died?”

Trump responded: “Those people have been just absolutely excoriated by some of the fake news like you. You’re CNN. You’re fake news. And let me just tell you, they were excoriated by people like you that don’t know any better because you don’t have the brains you were born with. You should be praising the people that have done a good job, not doing what you do.”

#BTS — when social distancing forces us to split up between the White House & a location close by, at least we get this great backdrop