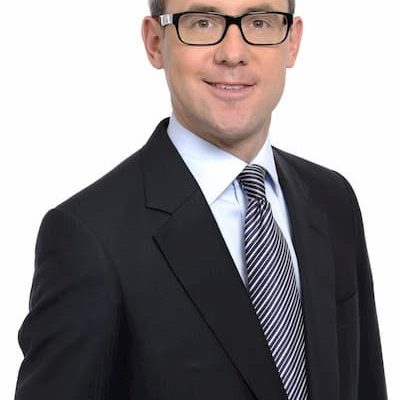 Zeleny attended Exeter High School and as a student, he contributed sports stories to the York News-Times. He graduated with a bachelor’s degree in journalism and political science from the University of Nebraska. He served as the editor of the Daily Nebraskan, the school’s newspaper.

Jeff is the son of Robert Dean Zeleny and Diane Naomi. He was raised alongside his older two brothers, James Robert Zeleny and Michael Jon Zeleny.

All hail Mother Z and the incredibly strong, wise and loving mothers everywhere. You truly are the best.

Zeleny keeps his personal life very private. It is not clear whether he is in a relationship or not.

He covered the 2016 campaign from the early days of the Democratic and Republican primaries through the general election contest with Trump and Hillary Clinton.

Zeleny served as ABC News Senior Washington Correspondent since February 2013. He covered Congress and national politics and reported for all broadcasts and platforms including “Good Morning America,” “World News Tonight with David Muir” and “This Week with George Stephanopoulos.”

He also reported for ABC News Radio and all ABC News digital properties, including a weekly interview show, “The Fine Print,” as part of the ABC News/Yahoo “Power Players” video series.

Prior to joining ABC News, he served as the national political correspondent for The New York Times, where he was the lead reporter on the 2012 presidential campaign. He also covered Barack Obama’s road to the White House in 2008 and his administration, traveling to Cairo in June 2009 to cover the President’s first major address to the Muslim world and to Oslo to cover the president receiving a Nobel Peace Prize. He also has covered Congress for the Times.

He previously worked as the national political correspondent for the Chicago Tribune. He had joined the network in 2000 as a reporter on the Metropolitan desk in Chicago, where he was a member of the reporting team that won a Pulitzer Prize in explanatory journalism for documenting gridlock in the nation’s air traffic system.

He began his career at the Des Moines Register, where he covered the opening round of the 2000 presidential campaign. He has also worked at The Associated Press, The Wall Street Journal, the Arkansas Democrat-Gazette, the Florida Times Union and the Lincoln Journal Star.

Jeff is a stutter and began attending the University of Nebraska – Lincoln at the age of five for speech and language counseling.  In May 2013 Jeff was honored by the Stuttering Foundation, the world’s leading charitable organization helping those who stutter. The event celebrated National Stuttering Awareness Week.

Jane Fraser, president of the Stuttering Foundation said; “Jeff gave an inspired commencement speech at his alma mater, the University of Nebraska – Lincoln, a campus he began visiting at the age five for speech and language counseling. He courageously shared his own experiences as a person who stutters with the graduating class before him. He not only detailed, for the first time, his fear of public speaking but also offered sage advice to the audience facing adversity and overcoming ones fears. And through the wonders of YouTube, his address was captured for posterity – and for the stuttering community to treasure for decades to come.

Jeff shared four valuable life lessons he had learned during his time working with speech-language pathologists at the University: ’Step outside your comfort zone, confront your fears, challenge yourself and don’t be afraid of failure,’ he told the graduates. These mantras are well known to all patients who work on their own fluency. Thank you for reminding us all, Jeff.”

Jeff has no known illness as of 2020 but is a stutter which is not an illness.

It’s a privilege to have a front row seat to history. And it’s been my good fortune to once again have @bonneyk as the co-pilot. We first met in 2004 and have been pals on every campaign since. There’s no one I’d rather be in a foxhole with, chasing down candidates and voters. Cheers and thanks to Bonney.