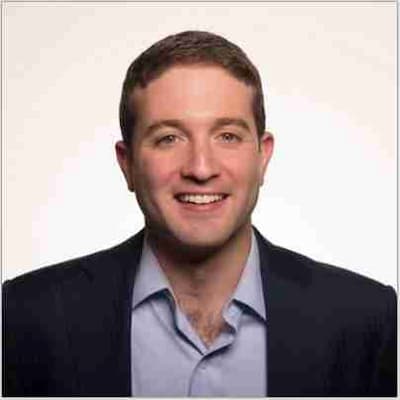 Jacob Scott Sherman is an American media personality working as a political analyst for NBC News and MSNBC. He is the co-founder of Punchbowl News, a daily newsletter service focusing on Congress, and previously worked for Politico, The Wall Street Journal, Newsweek, and the Minneapolis Star Tribune.

Jake was born on December 16, 1985, in Connecticut United States.

Jake is the son of Stephanie L. Sherman and Robert I. Sherman. His mother is a nursery-school teacher at Temple Sholom in Greenwich, Connecticut while his father is the chief operating officer of Shenkman Capital Management, an asset management firm in Stamford.

Jake is married to Irene Beren Jefferson an associate in the government affairs practice of the Washington law firm DLA Piper. She graduated summa cum laude from Barnard College and received a law degree from Georgetown. She previously served as a scheduler and the executive assistant in Washington for Jane Harman, a former Democratic congresswoman from California. She is the daughter of Nancy T. Beren and Dr. Larry S. Jefferson. Her father is a pediatric pulmonologist at Texas Children’s Hospital in Houston while her mother retired as a special assistant at the Houston mayor’s office of communications. The duo exchanged their marriage vows in February 2015 at the Ritz-Carlton in Washington in a ceremony officiated by Rabbi David J. Saiger, Irene’s brother-in-law.

Jake and his wife are proud parents to two kids, a son and a daughter whose identity is not revealed.

Sherman is a political contributor to MSNBC and NBC News and appears on television from the Capitol almost daily. He previously worked in the Washington bureaus of the Wall Street Journal, Newsweek, and the Minneapolis Star Tribune and also interned on the metro desk of The Journal News and, during high school, worked on the sports desk of the Stamford Advocate.

Jake and Anna Palmer are the founders of Punchbowl News, a news community focused on power, people, and politics in Washington. Named after the Secret Service’s nickname for the Capitol, the company covers the congressional leadership and the White House and tracks the industries and companies trying to influence them.

They are New York Times best-selling authors who have been writing about Congress and the politics of governing for more than a decade. From 2016 to 2020, they were the co-authors of the top-rated POLITICO Playbook newsletter, where they chronicled President Donald Trump’s first term and his relationship with top Congressional leaders. Under their leadership, the Playbook franchise more than doubled in revenue and tripled its readership. They also created a widely acclaimed daily podcast, afternoon newsletter, and event series where they interviewed top political and business leaders across the country about pressing issues of the day.

In 2019, Palmer and Sherman authored The Hill to Die On: The Battle for Congress and the future of Trump’s America, which was the inside story of Congress in the first two years of Donald Trump’s presidency. An instant New York Times and national bestseller, Trevor Noah of The Daily Show said the book turned “Congress into a Game of Thrones book.”

Sherman joined Politico in 2009 and covered Congressional leadership and the battle for power on Capitol Hill. He has covered the rise and fall of four speakers of the House and is viewed as a leading authority on the politics of governing. He was a senior writer for Politico and co-authored the Politico Playbook with Anna Palmer.

On October 6, 2020, Sherman announced he was leaving Politico Playbook at the end of the year. He wrote on Twitter: “SOME PERSONAL NEWS…. @apalmerdc and I are leaving Politico and Playbook at the end of the year. An amazing 11-year run. Loved being your first read every A.M….. Onto something new. Details very soon…. Stay in touch w us here ” He worked for Politico for 11 years.