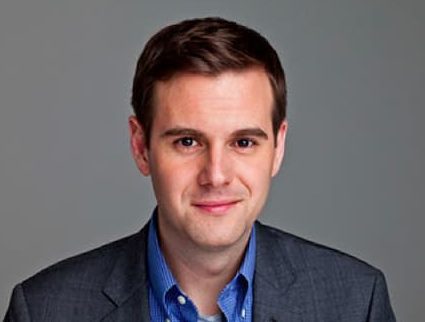 Guy Benson is a media personality serving as a Fox News contributor, political editor of Townhall.com. He is also a conservative talk radio host for Fox News Radio’s The Guy Benson Show.

He attended Ridgewood High School. He graduated with a bachelor’s degree from Northwestern University. While at the university he for the campus radio station, WNUR, broadcasting sporting events and hosting a political talk show.

Benson has not revealed the name of his parents but he posts them on his social media account.

Guy has two siblings a sister and a brother. His brother is known as James Benson, who is an actor and director.

He doesn’t have a wife but is married to his husband Adam Wise.

Guy is gay. He came out as gay for the first time while appearing on an episode of The Kelly File with Megyn Kelly to promote his book, End Of Discussion (which he co-wrote with Mary Katherine Ham).

“In the book, in a footnote, I came out as gay because there was a whole chapter about gay rights and the religious liberties, and I felt like it was important for me to disclose to the audience just ethically, yes, from a journalism perspective.”

Benson got married to his husband Adam Wise in September 2019. The couple first met in 2015 after Benson appeared on Fox News for what he called “the most terrifying television appearance of my life,” in an episode of Megyn Kelly’s “The Kelly File”. They got engaged in 2018. Adam is a federal contractor, he graduated from Colorado State University.

Wise said he watched the episode while at home with his parents in Colorado, emailed the TV commentator out of the blue, and the rest is history.

“I wanted help reconciling being a conservative and being gay. I’d come out; I’d been out for a while.”

Benson has no children as of February 2021.

He is a Fox News contributor and also a regular guest and substitute host on The Hugh Hewitt Show. He had previously interned at Fox News, for two summers, working primarily with Hannity & Colmes, before assisting the channel with its coverage of the 2004 Republican National Convention.

He began his career in journalism while he was still in high school as he used to broadcast sports on local television. While in campus he worked for the campus radio station, WNUR, broadcasting sporting events and hosting a political talk show.

In 2007, after graduating from college, he served as the producer of The Sandy Rios Show. He became a political editor at Townhall.com in 2010 but had been a columnist since February 2008. He also contributes to Townhall’s sister site, Hot Air.

Benson and Mary Katherine Ham are co-authors of End of Discussion. The two have been friends for decades and have worked together on Fox News and Townhall Media. They have collaborated on numerous projects – coauthoring political analyses, co-hosting radio shows, and speaking jointly to live audiences across the country.

In their book, they expose how the Left exploits fake outrage to silence their political opponents—in public, on social media, at work, and even in their own homes. Ham said they began planning the book following the forced resignation of Mozilla co-founder Brendan Eich because of his donation to efforts in California to ban same-sex marriage.