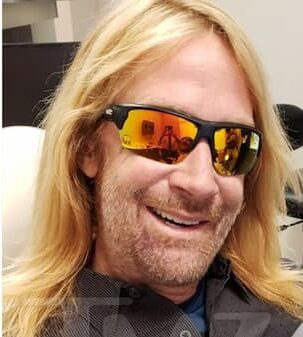 Erik Cowie was the head zookeeper at the Greater Wynnewood Exotic Animal Park in Oklahoma. He was a cast member of Netflix’s ‘Tiger King’ as one of Joe Exotic’s longtime animal caretakers. He died on September 3, 2020.

He was 53 years old at the time of his death.

Erik made several appearances on Netflix’s hit show ‘Tiger King’ as one of Joe Exotic’s longtime animal caretakers. He first read about the opening in Exotic’s zoo, on Craigslist. Once he got the job he made his way to the position of the head zookeeper. By the time Joe was being arrested he had been an employee of the Greater Wynnewood Animal Park for five years. During his time at the zoo, Cowie had been in charge of the tigers named Samson, Delilah, Lauren, Trinity, and Cuddles.

Erik was employed by Joe Exotic on his zoo as the head zookeeper. During Joe’s trial, he was one of the witnesses who were called to testify. He spoke of how Joe killed the older tigers to make cage space for new animals.

During his appearance on ‘Tiger King’ he clarified he wasn’t addicted to meth as many speculated due to his bad teeth. He attributed it to old age. In July 2020 he received dental implants from fellow “Tiger King” star Jeff Lowe.

In an interview, he said he is not into substance abuse because he values his sleep. He however mentioned he was addicted to alcohol at one time in his life.

Erik Cowie Cause of Death

Erik’s official cause of death has not been confirmed but according to TMZ, he might have died of excessive consumption of alcohol as the investigating officers found a large bottle of vodka at the scene.