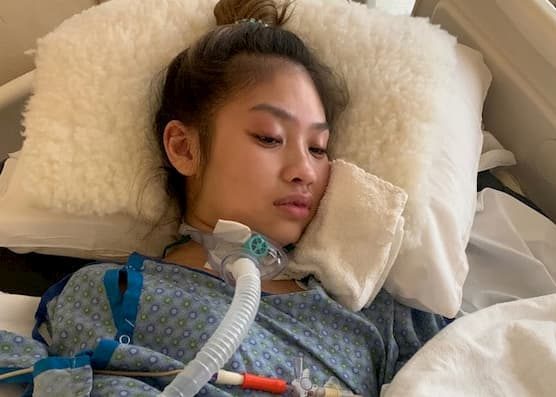 Emmalyn Nguyen was a Colorado teenager who suffered cardiac arrest during a breast implant procedure in August in 2019 and was left with severe brain damage. She died on October 4, 2020, 14 months after the procedure.

She was 19 years old at the time of her death.

She is the daughter of Lynn Pham and Sonny Nguyen

Her mother is Lynn Pham, who according to the family lawyer said that the doctor’s office told her that her daughter was fine and just slow to wake up from the anesthesia. Kim told Pham that the procedure would have to be postponed, but he did not tell her they had twice performed CPR on Nguyen after she had suffered cardiac arrest.

Pham said she decided to share the story of her daughter to prevent such a thing happening to anyone else.

“We’ve decided to share her story to prevent this from happening to anyone else and to help others be aware of the risk that can happen.Please think carefully when trusting your own life under someone else’s hands. This could happen to anyone and unfortunately it happened to our beautiful daughter.”

Emmalyn underwent breast augmentation surgery on Aug. 1, 2019 at the office of Dr. Geoffrey Kim. His practice, the Colorado Aesthetic and Plastic Surgery center, conducts invasive surgeries but is not subject to licensing, regulation, or inspection by the Colorado Department of Public Health and Environment, which regulates other medical facilities like hospitals, ambulatory surgery centers, and nursing homes.

Here’s an update on Emmalyn. January 1st will be 5 months since this happened. She’s in a minimum conscious state (vegetative stage). She’s stable and doing well. She’s able to breathe on her own. Opens, blinks and wander her eyes around but can not focus or see anything. She can hear noises and will startle if something loud happens unexpectedly. Reacts to pain and touches. Sometimes will cry, not sure if she’s uncomfortable, in pain or just emotional. Does not respond to any commands. Emmalyn still looks the same. She looks like she’s just sleeping and resting all the time. We’re all just waiting and praying that her brain can somehow regenerate itself so she can recover from this and be aware of her surroundings again. Thank you everyone for having Emmalyn in your prayers and supporting her through this journey. 🙏🏼❤️ #justiceforEmmalyn #prayforEmmalyn #keepfightingEmmalyn

Her family alleged in a lawsuit that she was left unattended for 15 minutes after receiving anesthesia. She then suffered cardiac arrest twice during the procedure, the medical professionals overseeing her care did not call 911 for more than five hours. She was left unable to walk, speak, eat, or take care of herself and was likely to remain in a neurologically unresponsive state for the rest of her life.

Nguyen’s parents have filed a lawsuit in Arapahoe County accusing Dr. Geoffrey Kim and Nurse Anesthetist Rex Meeker of gross negligence.  The lawsuit alleged that Dr. Geoffrey Kim and nurse anesthetist Rex Meeker, left Nguyen “unobserved” for 15 minutes after putting her under anesthesia, which the parents claim is contrary to medical best practices. During their absence, something went wrong with the anesthesia. As a result, Nguyen now lives “in a permanent ‘semi-conscious’ state” and faces “permanent mental and physical impairment” from her brain injury that requires round-the-clock care, including a permanent feeding tube, the suit says.

The lawsuit says that after the anesthesiologist and nurse returned from leaving Nguyen unobserved, the doctor found that the teen’s lips and face had turned blue and that discoloration was spreading across her body.

After checking her vital signs, the doctor and nurse discovered that Nguyen had suffered cardiac arrest and after a short pause they performed CPR for two to three minutes before Nguyen’s heart rate and pulse returned. Nguyen crashed again, however, requiring another three minutes of CPR before she stabilized. The lawsuit claims she appeared “neurologically unresponsive” after that and had likely suffered a brain injury, but the doctors waited five hours to call 911.

After Nguen’s death, the family attorney said the lawsuit will now become a case of wrongful death.

“In terms of the lawsuit filed against the plastic surgeon, Geoffrey Kim, M.D. and nurse-anesthetist, Rex Meeker, CRNA who caused Emmalyn’s catastrophic brain injury on Aug. 1, 2019: that lawsuit will continue as a wrongful death lawsuit by Emmalyn’s parents and siblings. Medical errors are the third leading cause of death in the United States. Emmalyn’s parents believe it is important to tell Emmalyn’s story, not only to bring her some justice but also to help prevent this from ever happening to another patient.”

Nguyen died on October 4, 2020 but her family didn’t want death publicized until the day of her funeral which was held on October 11, 2020.

Our beautiful Emmalyn, you fought a long battle that most wouldn’t be able to. You stayed strong when you could’ve given up right from the start. You are the strongest person we’ll ever know. You’ve shown us what true unconditional love really is and also what life is all about. You are a hero. We are so very proud of you and who you became in such a short amount time. Thank you so much for the great memories you’ve given us. These memories will forever be with us. We really do wish you could’ve stayed longer but we know this was your time to let go and spread those wings of yours. You were meant to be our guardian Angel to protect and guide us through this lifetime. Go and travel the world like you had always wanted to. This isn’t a goodbye but a see you again someday. We love you so much and truly miss your smiling face. Until we meet again. Rip Emmalyn 🤍🕊 Thank you everyone who have truly been there with positive energy and supported Emmalyn and our family through this journey. We appreciate all of you for always praying and believing in her. Miracles do happen everyday but Emmalyn decided she has other plans for herself. 🙏🏼 Remember to always hug your loved ones harder every night and make sure to tell them you love them. Life is too short and you’ll never know what tomorrow brings.

Hi Everyone. There’s been a lot of new followers and everyone has been wondering about Emmalyn. Here’s a quick update. Yes, she is still alive and she’s doing it all on her own. Doesn’t need much medication. Emmalyn is still very healthy, looking good and still breathing on her own. She does have a trach in place just in case if anything were to happen especially with covid going around. Something new about Emmalyn, she has been smiling when she’s feeling comfortable and love getting her showers. Also, We played videos and voice recordings from everyone who sent one for her birthday. At the end of hearing them, it sounded like she wanted to say something but couldn’t and started to cough and then cried a little. I’m sure hearing voices she loved is helping her healed. Again, thank you everyone for your support and prayers! We definitely need it and appreciate each and everyone of you! 🤍🙏🏼 #keepfightingEmmalyn 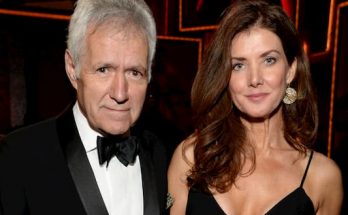