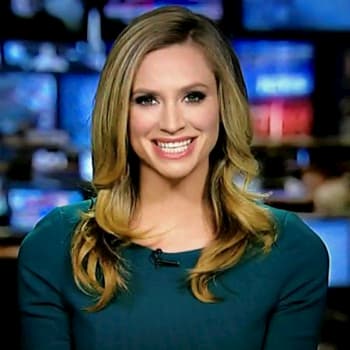 Ellison Litton Barber is an American media personality working as a correspondent for NBC News based in New York and contributes to NBC News, MSNBC and NBC News Now. She previously  served as a general assignment reporter and the Prince George’s County Deputy Bureau Chief for Washington’s CBS affiliate, WUSA as well as a  general assignment correspondent for Fox News.

Ellison was born on 20 October 1989 in Atlanta, Georgia, United States.

Barber graduated from Wofford College with a Bachelor of Arts in English in 2012.

Don and Cheryl also do speaking engagements for everything from professional corporate events to sports organizations to marriage retreats, “bringing their encouragement, humor, and inspiration to conferences, retreats, and meetings for churches, associations, corporations, and community organizations,” according to their talent agency website. Cheryl also does speaking engagements on her own for women’s ministry events and professional women’s groups, while Don does the same thing for men’s groups m men men’s groups.

Barber was brought up alongside her  older sister  Stewart Barber Young and her younger sister  Lindel Barber Waclawski.

Ellison is currently in a relationship with Andy Tongren, the lead singer and guitar player for indie/alt rock band Young Rising Sons. The band formed in 2010 in New York after founding members Julian Dimagiba and Steve Patrick, who are childhood friends, saw Tongren playing a set in a bar and asked him to front their newly-formed band. Their debut single “High” gained a lot of attention when it was released in July 2014 and went on to be used by the NHL Awards, MLB Network, NBC, Red Band Society, and Selfie.

Tongren first appeared on Barber’s Instagram in October 2016. In October 2018, Barber posted a blurry photo of them together captioned, “When you’re so happy it doesn’t even matter that all the pictures turned out blurry and awful. I love you @andytongren.”  The duo was also seen  dressed up as the main characters from John Waters’ 1990 musical comedy Cry-Baby. Tongren was Wade “Cry-Baby” Walker (Johnny Depp in the film) and Barber was Traci Lords’ character Wanda Woodward.

While working for WUSA, Ellison became the subject of a viral video when she was reporting on the 2016 blizzard that hit the East Coast and ran into  Washington Capitals superstar Alexander Ovechkin. She was reporting from outside a local gas station on January 22, 2016, when Ovechkin pulled up in his SUV and started filling up. She immediately recognized one of the best hockey players in the world and asked him if he would do a short interview with her, asking him why he was out in this blizzard. He told her they were getting gas for the snowblower so that they could try to help their neighbors clear their driveways and cars.

“We’re going to clear our neighbors, there’s nothing to do anyway … we’re from Russia, so we always have that kind of stuff. So we’re all good,” said Ovechkin.

Ellison confessed that she never realized how important it was to protect the skin until she got a call from her doctor with the bad news that she had a cancerous spot on her back. Although her doctor had removed it, she was advised to go for another procedure to have more skin removed in case the cells had already spread. She admits that the news made her panic, although skin cancer is treatable.

She imagined what could have happened if she had ignored it, or if her doctor hadn’t caught it in good time. Ellison went to the doctor the next day and had more skin removed, which needed 50 stitches. She later got a clean bill of health when her doctor assured her that the infected cells had not spread. The large scar that was left behind always reminds her to take care of her skin and protect it. Ellison tweeted a picture saying that only 1% of skin cancer is as a result of Melanoma. The tweet was accompanied by a reminder to her fans to always use sunscreen, avoid tanning beds, and go for regular skin tests.

Barber joined NBC News as a New York-based correspondent on April 15, 2020. Because she was hired during the height of the 2019-20 coronavirus pandemic in the United States, she remains based in the Washington, D.C. area until she can safely move to New York. She contributes to NBC News, MSNBC and NBC News Now.Prior to joining NBC, she worked for Fox News as a general assignment correspondent.

She spent six days in the Bahamas reporting on the search and rescue missions following Hurricane Dorian. Thanks to her reporting, Barber was able to raise thousands of dollars for a children’s hostel in the Bahamas. She  also travelled to Cúcuta, Colombia to report on the political and humanitarian crisis in Venezuela. While reporting at the Simón Bolívar International Bridge, gunfire erupted and a 30-minute firefight ensued. Colombian officials said the gunfire came from contraband groups, who control illegal routes many Venezuelan refugees use to cross into Colombia. Barber spent days reporting from those routes, on the groups that control them and the plight of refugees and was also one of the first American journalists to report from the United Nations High Commissioner for Refugees center in Maicao, Colombia.

Ellison also served as a general assignment reporter and the Prince George’s County Deputy Bureau Chief for Washington’s CBS affiliate, WUSA. where she  reported on an array of stories including the 2015 Washington, D.C., mass killing of the Savopoulos family and their housekeeper Veralicia Figueroa, the March 2016 U.S. Capitol lock-down and the protests following the shooting of Terrence Sterling.