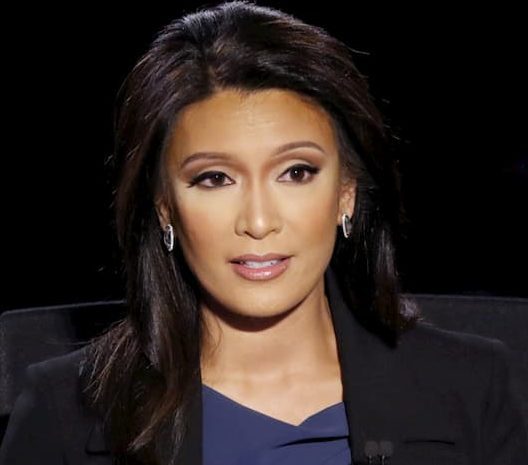 Elaine Quijano is an American journalist serving as a correspondent for CBS News and an anchor for CBSN, the division’s 24-hour digital streaming network featuring live, anchored coverage of U.S. and world news. She was a moderator during the 2016 vice presidential debate becoming the first Asian-American journalist to moderate a national debate and also the youngest moderator in 28 years.

Elaine was born on January 21, 1974 in Chicago, Illinois, United States.

Elaine is of Filipino descent.

Elaine is an American national.

Quijano was born to a mother from Batangas and her father is from Davao City.

Elaine’s mother immigrated to the US from the Philippines. In 2009 she spoke to graduates at the university’s College of Media about her mother’s tough childhood and determination to get a college degree.

“My mom came from humble beginnings. In the Philippines, as a little girl during World War II, she lost her dad in a US airstrike against the Japanese, who had occupied a nearby village. He just didn’t come home one day. My mom was five, and as the daughter of a seamstress, and one of four young children, she wasn’t surrounded with opportunities for success. But she went to school, she grew up, and eventually graduated from college—no small feat when you stop and start your studies multiple times in order to support your family, and when your own mother asks, not with malice but with genuine confusion, “Why are you going to school? You’re just going to be a seamstress like me.” My mother was 28 years old when she finally earned her bachelor’s degree in accounting. That education allowed her to immigrate here to the United States, ultimately paving the way for my sister—an MIT graduate—and me.”

Elaine keeps her personal life away from the lime light and there is no information about her being married or whether or not she is in a relationship. However, in 2016 she posted a photo of her and a man with the caption, “Love in the midnight hour.”

Elaine has no children.

She covered stories on the inauguration of President George W. Bush, Bush’s 2005 trips to Asia and Argentina, the Sept. 11 terrorist attacks, the Washington, D.C.-area sniper pursuit and capture. She also reported live as Hurricane Isabel lashed the North Carolina coastline in September 2003. She was also part of the team of correspondents that covered the Space Shuttle Columbia tragedy in February 2003.

She previously worked as a general assignment reporter for WFTS-TV in Tampa, Fla. She also worked as a reporter/producer/anchor for WCIA-TV in Champaign, Ill.

Quijano joined CBS News in 2010 as a general reporter. She has since risen to the rank of an anchor for CBSN, the CBS News 24-hour digital streaming network, and a correspondent for CBS News contributing to all CBS News broadcasts and platforms.

She anchors weekday coverage and hosts the nightly politics show “Red and Blue.” She also anchors the Sunday edition of “CBS Weekend News.” Her reporting is also regularly featured on “CBS This Morning” and the “CBS Evening News.”

During her tenure at CBS News she has covered a variety of stories, including the Boston Marathon bombings, Superstorm Sandy, and the 2014 World Cup in Brazil. She was also part of the CBS News team that received an Alfred I. duPont Award for the network’s coverage of the 2012 Newtown shootings.

Elaine has an estimated net worth of $1.3 million.

In October 2019 Melissa Villasenor was cast on SNL to play the role of Elaine Quijano because she was SNL’s “first Hispanic female cast member.” Villasenor was the first Latina to join the cast. She pointedly teased the situation, saying that her being as Quijano represented “baby steps” for SNL.

With one song, she spoke for us all. Via @brenebrown #teachers #powerofmusic #exactly #universal #alonetogether #allinthistogether #weareone