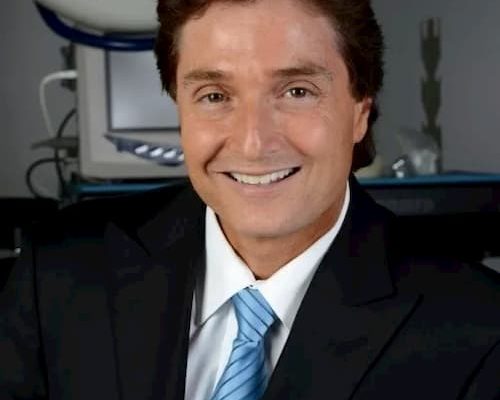 Dr. Peter Grossman is a Board certified plastic surgeon apecialising in cosmetic and reconstructive surgery and the care of the burn-injured patient. He serves as the President of the Los Angeles Society of Plastic Surgeons. He is also a founder and Medical Director of the Grossman Burn Center at Sherman Oaks Hospital.

Peter is the son of Dr. A. Richard Grossman, the founder of Grossman Burn Center. The center was located in a small hospital in Sherman Oaks before moving to West Hills Hospital and Medical Center. He also founded the Grossman Charitable Foundation and supported various philanthropic groups.

He died on March 13, 2014 after his physical and mental health gradually deteriorated. His health had began to deteriorate after a kidney transplant in 2011 and he suffered progressive dementia for years. He officially stopped practicing medicine in January 2013.

Peter has a brother known as Jeffrey Grossman. In August 2014 they both sued their stepmother, Elizabeth Rice Grossman claiming that she amended their father’s trust and named herself the sole trustee.

According to the file documents their attorneys said the patriarch had always expressed his intentions to leave the bulk of his multimillion-dollar trust, including a sprawling 70-acre estate in Hidden Valley known as Brookfield Farms, to his two sons and grandchildren. The attorney alleged that after Richard’s health began to deteriorate Elizabeth began to take more control over her husband’s personal and financial dealings. He said that allegedly included altering his will and trust in 2012, denying Jeffrey and Peter Grossman their inheritance.

Dr. Peter is married to Rebecca Gray Grossman who is a researcher, journalist, and marketing executive. She serves Chair of The Grossman Burn Foundation. She is the Publisher and Editor In Chief of Westlake Magazine (founded in 1992), West Luxury Magazine and Paragon Healthy Lifestyles Magazine, premier west coast luxury publications. She is the CEO of Powerhouse Lux Media, Inc. and DITL (Day In The Life) Apps.

She was arrested on September 29, 2020 after she struck and killed two brothers Mark Iskander, 11, and Jacob,9, at a crosswalk in Westlake Village. She is alleged to have been driving under influence.

Peter and his wife Rebecca have two children together although their names are unknown.

In 1995 he returned to Los Angeles and began practice at what has become Grossman Plastic Surgery. He currently owns and performs all cosmetic surgery at the state of the art Grossman Surgi-Center in West Hills, California.

Grossman serves as the Medical Director of the Grossman Burn Center at West Hills Hospital and currently serves as Chair of American Burn Association’s Region 9, which includes California, Oregon, Washington, and Hawaii.