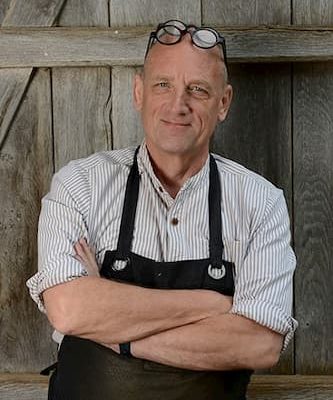 Who is Steve Fletcher from The Repair Shop

Steve Fletcher is a horologist, a person specializing in the repair and function of clocks, and a television personality appearing on BBC reality show, The Repair Show.

Steve was born in a family of clock restorers and the family has been in the business since 1910. His grandfather, Fred Fletcher started repairing clocks and watches when he was still at school and started his apprenticeship at White’s watch repairers on Batt Hill, Witney in 1910. He died in 1982 while still repairing clocks. His father John Fletcher joined the family business after national service. He worked for a number of Oxford jeweler’s shops and carried on repairing watches until his untimely death in 2007.

Steve has a sister known as Suzie Fletcher who is an equestrian expert and also appears on The Repair Shop. She said she was inspired to join the show by Steve who seemed to be having a good time in the show.

“Every time [Steve] called he looked to be having such a good time I jokingly said, ‘If they need anyone to do leather I’m your gal.’ I really was joking but after several phone calls and a lot of reassurance from Steve I agreed to give it a go and joined the team […] I’m so happy I did as this is one of the most enjoyable things I’ve ever been involved with.”

Steve is married to Mel. During an interview he said that his wife was the one who stopped him from deleting the email asking him to join The Repair Shop.

“In 2016 I received an email from a company that I hadn’t heard of asking if I would be interested in taking part in a brand new show. Not trusting anything that is on the internet, I nearly deleted it and would have done if my partner, Mel, hadn’t stopped me saying that it all looks ok. I responded and a few moments later had a phone call from [producer] Shane who told me about the show and I agreed to appear on it.”

Steve is a father of five children. His son, Fred Fletcher Junior is a clockmaker at his workshop, The Clock Workshop. He joined the team in 2020 as an apprentice Clockmaker after attending a Science and engineering college. One of his daughters is also an admin assistant at the workshop.

Fletcher has been working with clocks for over 40 years. He did a two-year British Horological Institute course in Hackney in 1973/4. After finishing he set up his workshop. He now runs a clock and watch repair business, The Clock Workshop in Witney where he has seven clockmakers including his son, two watchmakers and three admin assistants including one of his daughters who is also learning about the mechanics of watches.

Steve is a cast member of The Repair Shop on BBC. He joined the show in 2016 and is a regular alongside, Jay Blades, Suzie Fletcher, Kirsten Ramsay,  Will Kirk, Dominic Chinea and Lucia Scalisi.  He specializes in clock repairs and restoration. During an interview with BBC, he revealed that his memorable repairs so far was the steamboat.

“It was a beautiful old item and I had to do an awful lot of work to get it working and keep the old patination. The reveal on the lake was such great fun as well as a bit of a worry about the possibility of it sinking.”

Steve was back from the barn and in the workshop today giving Fred a helping hand with a tricky clock! @stevefletcher.clocks #clockrepairs #clock #horology #repairshop #localbusiness #familybusiness #witney #oxfordshire