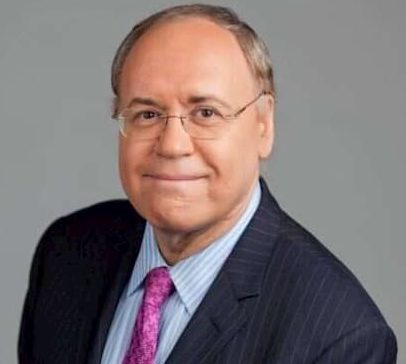 Dr. Marc K. Siegel is a practicing internist, an associate professor of medicine at NYU Langone Medical Center and a Fox News medical contributor and columnist. He is also a medical director of Doctor Radio at NYU and SiriusXM.

Marc has not revealed the names of his parents but while appearing on “Tucker Carlson Tonight’ in 2021 he said that his 96 years old father was prescribed hydroxychloroquine and antibiotics by his cardiologist after he complained about weakness, shortness of breath and feared that he was going to die. The combination proved effective.

At the time, he was discussing hopeful signs that hydroxychloroquine has shown in recent studies when combined with antibiotics for coronavirus treatment.

Dr. Marc is married to Ludmilla ‘Luda’ Siegel, who is also a doctor. She is a clinical neurophysiologist affiliated with NYU Langone Health Tisch Hospital.

Marc and his wife have three children together, among which two sons, Joshua Siegel and Samuel Siegel.

Dr.Marc is a medical contributor and commentator for FOX News. He joined the network in 2008. He has worked for the network as an analyst and a reporter and writer for FoxNews.com. He also co-hosts Sunday Housecall.

Dr. Siegel traveled to the National Quarantine Unit at Nebraska Medicine in February 2020 to interview the team of scientists and the Diamond Princess passengers who contracted COVID-19, and warned the world about the coming pandemic.

He is a columnist for several newspapers and magazines such as FoxNews.com, The Hill, and the Wall Street Journal. He wrote a weekly column for the Los Angeles Times for six years, “The Unreal World”, which examined TV and movies for medical accuracy. He previously wrote a weekly medical news column for the New York Daily News’ health section. He also regularly contributes for the New York Post, NY Daily News, National Review, the WSJ, Slate, and Foxnews.com. He is a member of the board of contributors at USA Today.

Dr. Marc has said that new discoveries can use ones genes to create personalized medical care. He wrote in article that ‘the new answer for now and for the future is based on the application of genetics to personalized medicine. There is a genetic test that examines the expression of 21 genes and gives a risk score from 0 to 100.

This accurate tool was the focus of a just completed multi-center clinical trial called TAILORx (The Trial Assigning Individualized Options for Treatment). The results were published this week in the New England Journal of Medicine.”

Dr Marc in an op-ed on Foxnews.com wrote that he is for meical marijuana especially when the alternative is an opioid or when the disease is severe or terminal. He however said that marijuana used for recreation purpose especially used for a long time have shown development of cognitive and behavioral problems, and an increased risk of anxiety and depression among users.

“And according to a recent study at NYU Langone Health, chronic pot smokers (defined as more than 20 days per month) had almost a one out of three chance of developing Cannabinoid Hyperemesis Syndrome (CHS), an awful condition associated with varying degrees of pain and uncontrolled nausea and vomiting, which can for last several hours. This translates to over 3 million sufferers in the U.S., when you consider the current numbers of chronic pot smokers.”

He added “I am for the medical use of marijuana but against chronic use for recreational reasons. Cannabinoid Hyperemesis Syndrome is a wake-up call about the overuse of this drug; so are the long-term behavioral changes and effects on judgement, memory and decision-making.”

According to his website, Dr. Siegel is a Professor of Medicine at the NYU Langone Medical Center and the Medical Director of Doctor Radio with NYU Langone on Sirius-XM Satellite Radio.

Siegel is also an author who has written six books including; “COVID: The Politics of Fear and the Power of Science,” “False Alarm: the Truth about the Epidemic of Fear,” “Bird Flu: Everything You Need to Know About the Next Pandemic,” and “Swine Flu: the New Pandemic,”