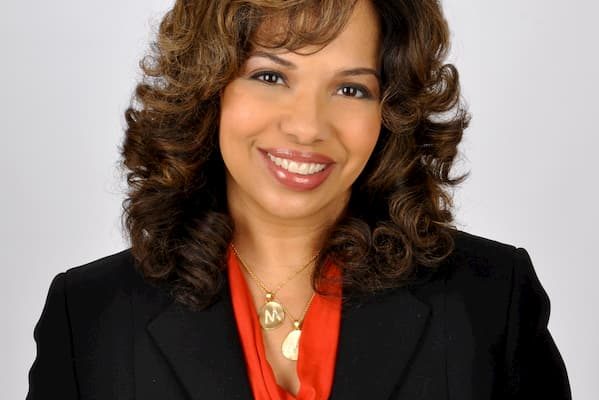 Dr. Mallika Marshall, MD, is an American physician and an Emmy-award winning journalist serving as a regular Health Reporter at WBZ-TV in Boston and a practicing physician at the Massachusetts General Hospital’s (MGH) Chelsea Urgent Care Clinic.

Marshall has a Bachelor of Arts degree in Biology from Harvard College. She received her medical degree with honors at the University of California, San Francisco (UCSF) School of Medicine. She completed her medical residency at Harvard in internal medicine and pediatrics.

Malika is the daughter of Carole Simpson and James E. Marshall.  They have been married since September 3, 1966. James is a Her father is a financial systems consultant in Chevy Chase while her mother is a journalist.

Malika is the daughter of Carole Simpson. Carole is a three-time Emmy award-winning television journalist and author. She anchored the weekend editions of ABC’s World News Tonight for more than 15 years. She was the first African-American woman to anchor a major network newscast and to moderate the premiere town hall presidential debate, which included President George H. W. Bush, Governor Bill Clinton, and Ross Perot in 1992.

In 2006 she retired from ABC and began teaching broadcast journalism at Emerson College in Boston for 13 years.

Mother’s Day will be a bit different this year but let’s show our moms how much we love them! Send us a picture of your mom so we can give her a shoutout! Share your photos at https://t.co/70x2QIdUQS (or tag us here) and they could be featured in a sponsored message on WBZ! pic.twitter.com/y5hNMubFyy

Dr. Mallika is married to Jason Hurd who is a co-founder and managing partner of Bunker Hill Capital. He is a Harvard College graduate who has over 23 years of experience working as a principal with middle market companies. He sits on the boards of directors of Bunker Hill Capital portfolio companies Dyno Holdings and Hubbardton Forge.

Mallika is a mother of three children although their names are unknown. She however revealed that she struggled with fertility undergoing rounds of artificial insemination and in vitro fertilization. Despite multiple failed pregnancy attempts she finally became pregnant.

Where Does Dr. Mallika Marshall Work

Dr. Mallika is an Emmy-award winning journalist serving as a regular Health Reporter at WBZ-TV in Boston. She previously served as a “HealthWatch” Anchor at WBZ-TV News.

She served as the medical contributor for New England Cable News (NECN) and as the Medical Director for Everyday Health, digital media’s popular source of medical news. she also has served as the host of “Dr. Mallika Marshall,” a series of health news reports.

Mallika’s salary as a physician is unknown.