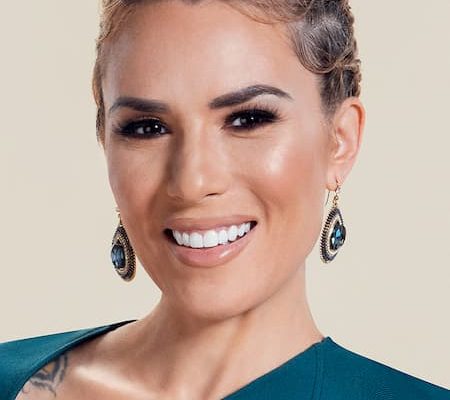 Dr. Britten Cole is an American anesthesiologist and Iraq war veteran.  She is a reality TV personality appearing on Bravo’s show ‘Married to Medicine; Los Angeles’.

Cole was born on October 19, 1975 in Chicago, Illinois, United States.

Dr. Bitten is an American national.

Cole is of mixed ethnicity (black and white)

Dr. Britten’s parents names are unknown but revealed in an interview with Medium that her mom is black while her dad is white but they divorced when she was relatively young.

Cole is married to Mack Major who is a real estate professional (a realtor, developer and investor) in Orlando, Florida. He has a degree in mechanical engineering from Michigan State and an MBA from West Virginia University. He is currently a realtor, real estate developer, investor and investment lending at Gayanga Co & Capital Real Estate Proffessionals LLC.

Dr. Cole has two children a daughter known as Ivy and a son known as Mack Jr.

Dr. Cole is an anesthesiologist in Maitland, Florida. She has been in the practice for more than 10 years. She began her career as a staff anesthesiologist at Walter Reed Army Medical Center. She currently serves as an Orlando anesthesia consultant.

Dr. Bitten is a cast member of Bravo’s reality show ‘Married to Medicine: Los Angeles’. The show chronicles the lives of six women in the Los Angeles area who are either female doctors or doctors’ wives.

During an interview with People magazine, she said she wanted to be on reality TV so that she can be a role model for young black kids who may look to television to define themselves.

She also added; “It was a great opportunity. You know, I knew a few of the ladies to begin with so I knew I’d have fun with them. It’s something new. It’s something different. I’m a physician so I’m kind of use to the humdrum life of being a doctor and all the stress that that entails. I thought that this would be something exciting to do.”

She also said that doctors in her speciality don’t get recognized outside of their work but the show has made things a little different for her.

“I have had someone recognize me after the fact. It was weird because when she saw me, she was like, ‘You look so familiar.’ She asked me where I worked and I told her and she was like, ‘Oh, you’re my anesthesiologist.’ And I was like, ‘Yes!’ And then she followed me and was like, ‘No, you were on TV.’ I kind of played it off like, ‘Yeah, I’m your doctor, that’s why you know me.’ And then she recognized me from the show, even though I really was her doctor.”

Cole’s net worth is under review.

Oh what a night! @drcontessa brought ATL to LA and caused a quake!!! #marriedtomedla #married2medlabritten @bravotv