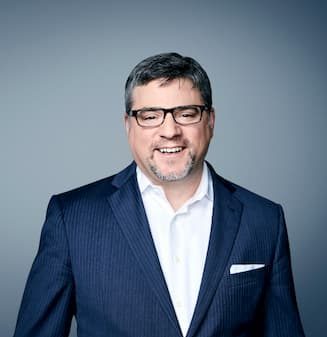 David Vigilante is an American lawyer specializing in litigation. He is the Executive Vice President and General Counsel for CNN and Warner Media News and Sports. He also occasionally contributes to CNN.

David earned a Bachelor of Science degree in Government and Politics from the University of Maryland and earned his Juris Doctor degree, graduating with distinction, from Emory Law School.

Vigilante keeps his personal life very private and there is no public information available about his parents or the name of his wife and their children.

His responsibilities include serving as chief editorial counsel for CNN’s worldwide operations as well as oversight of legal issues involving program acquisition, technology and business transactions . He is also responsible for oversight of all litigation affecting TBS, Inc. or its subsidiaries, worldwide which, in addition to CNN, includes brands such as TNT, TBS, truTV, Cartoon Network and Turner’s international networks.

He also occasionally contributes to CNN, and in 2013 he was awarded a national Edward R. Murrow Award for writing.

Donald Trump’s presidential campaign in June 2020 asked CNN to retract and apologize for a poll that showed Joe Biden with a 14-point lead. On June 8, Trump said that he retained pollster John McLaughlin to refute the claims.

David C. Vigilante wrote a response letter saying that it was the first time CNN has been threatened with legal action after an American politician didn’t like CNN polling results.

“To my knowledge, this is the first time in its 40 year history that CNN has been threatened with legal action because an American politician or campaign did not like CNN’s polling results.”

He also criticized McLaughlin, noting that in 2014 “his firm famously reported that Eric Cantor was leading his primary challenger Dave Brat by 34 points only to lose by 11 points — a 45 point swing. The firm currently has a C/D rating from FiveThirtyEight.”

He ended the letter by writing that the Trump campaign’s letter was “factually and legally baseless.”

“It is yet another bad faith attempt by the campaign to threaten litigation to muzzle speech it does not want voters to read or hear.”