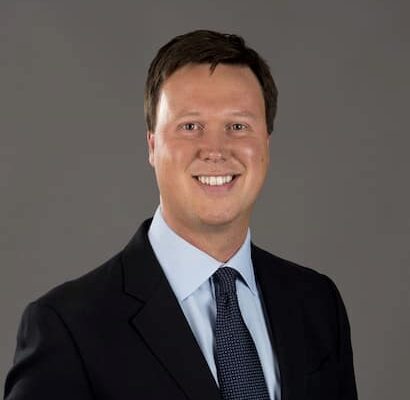 David Flemming, is an American newscaster who presently works as a play-by-play commentator for the San Francisco Giants of Major League Baseball, as well as college football, basketball, and Monday Night Baseball on ESPN.

Flemming earned bachelor’s and master’s degrees in classics from Stanford University, as well as a master’s degree in broadcast journalism from Syracuse University’s S.I. Newhouse School of Communications, after graduating from St. Stephen’s & St. Agnes School in 1994.

He has not revealed the identity of his parents to the public.

Flemming has been married to his wife, Jessica Flemming . The duo lives in San Francisco.

He is a loving father of identical twin daughters Katie and Carter and their son David Henry.

Flemming joined ESPN as a college basketball play-by-play broadcaster in 2010. He’s also become a regular commentator on the network’s baseball and football programming. Flemming has been providing play-by-play commentary. Every Thursday night college football games with reporter Laura Rutledge and a rotating group of ESPN’s best experts since the 2016 season. In 2019, he’ll be back on Friday nights with a rotating analyst and reporter, Paul Carcaterra.

Additionally, Flemming’s ESPN play-by-play duties have expanded to include baseball. Flemming worked as the Sports Director at KZSU while at Stanford, broadcasting Stanford Cardinal baseball, men’s and women’s basketball, and football. Before joining the Pawtucket Red Sox, he worked as an assistant general manager and aired play-by-play for the Visalia Oaks in 2000. Flemming worked as a game announcer for the PawSox Radio Network’s eight stations for three seasons.

Moreover, he rose quickly through the baseball broadcasting ranks, from Class-A (Visalia) in 2000 to Triple-A (Pawtucket) from 2001 to 2003, and then to the Giants. The Sports Business Journal named Flemming the finest among the new generation of baseball announcers in 2008.For six seasons, Flemming was the radio play-by-play announcer for Stanford football, as well as a substitute announcer on Golden State Warriors radio broadcasts.

Flemming broadcast the Phillies’ Kevin Millwood no-hitter against the Giants on April 27, 2003, as a fill-in for Jon Miller in his second major league broadcast. He made his Giants television broadcast debut on July 14, 2006, for a Friday night home game. During the baseball season, he has been on both NBC Sports Bay Area and KNTV. The World Series is an annual sporting event that takes place. On November 1, 2010, in the eighth inning of Game 5 of the World Series at Rangers Ballpark, Flemming called the game-winning home run, and thus the World Series, for the Giants.

He earns a salary of approximately $80,000 annually.

His networth is estimated at $2 million dollars.