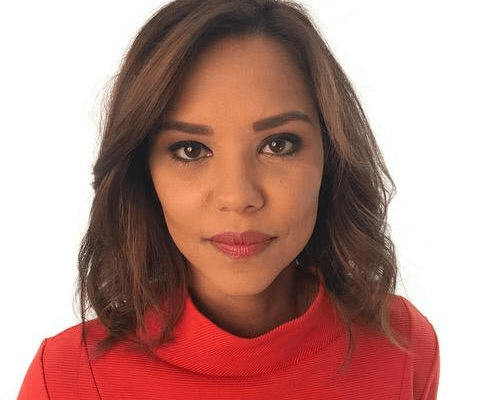 Dareen Abughaida is a media personality serving as a presenter for Al Jazeera English, based in Doha. She has also worked at Bloomberg, CNBC, World Bank, Qatar Airways and the United Nations.

She stands at a height of 5 feet and 7 inches tall.

Abughaida received a Bachelor of Commerce degree from Concordia University, in Quebec.

She is a Lebanese national.

There is no information about her parents.

Information about her siblings is not available to the public.

She is not married or in any official relationship.

Its not known whether she has kids or not.

In Al Jazeera English she recently presented coverage of the Egyptian revolution, Tunisian and Libyan uprisings, the war in Syria, Turkey unrest, and the tsunami in Japan.

She participates and moderates panels at conferences including the World Climate Change and the Al Jazeera Centre for Studies, representing the Al Jazeera Network.

Previously she worked as anchor for programs at Dubai TV and CNBC Arabia, and as news anchor for Bloomberg Television UK. At Dubai TV,  Abughaida presented and produced programs interviewing heads of state, CEO’s and experts in their fields. At Bloomberg she launched and presented the networks’ program on the Middle East “Middle East Middle East Money Focus.”