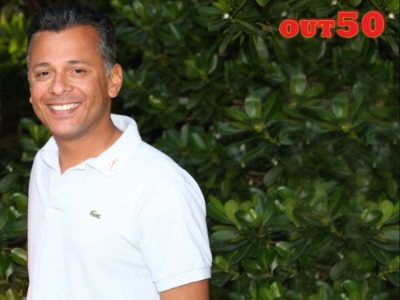 Craig Stevens is an American Emmy Award-winning journalist who serves as a co-anchor at 5, 6, 10, and 11 pm weeknights with Belkys Nerey at the WSVN 7NEWS. Stevens has been on television for over 30 years, with most of that time spent in South Florida.

Stevens was born in Falmouth, Massachusetts on Cape Cod. However, details of his age and date of birth are not known to the public.

Craig attended Falmouth High School between 1982 and 1986. He later graduated from American University in 1990 with a Bachelor’s Degree in Communication (Print Journalism) / History.

He has not disclosed any information about his family to the public yet. We will update you once this information is available to us.

Details of his marital status are not known.

Stevens has captured a wide range of stories, from hurricanes to the Oklahoma City bombing. He hosted several hours of news of Castro’s death and the fatal mass shooting in 2018 at Marjory Stoneman Douglas High School in Parkland. Stevens began his job in the mailroom at NBC NEWS in Washington in 1987.

He has anchored coverage of major events such as the return of Jean-Bertrand Aristide to Haiti, the crash of “Valujet” flight 592, the fatal shooting down of two Brothers to the Rescue planes, the September 11 attacks, the start of the wars in Afghanistan and Iraq, Castro’s brother’s transition of power, President Obama’s state visit to Havana in 2016, the death of JFK, Jr., the Elian Gonzalez saga, and the transition of power by Castro Craig and Belkys will present our presidential election night show for the seventh time in November 2020, guiding the WSVN news team through several hours of local coverage.

Craig is involved in a variety of charities and organizations. He is a member of the Suncoast Division of the National Academy of Television Arts & Sciences. Craig hosted the annual AIDS Walk Miami for a number of years. He has worked as an adjunct professor at both the University of Miami and Barry University. Craig Stevens of WSVN has garnered numerous honors for his community involvement and efforts. He has seven Suncoast Emmy Awards from the National Academy of Television Arts and Sciences.

In 2009, he was one of the University of Miami’s “Communicator of the Year” honorees. Stevens launched WSVn’s project to build relationships between law enforcement officers and the communities they serve in 2016. In 2006, the city of Miami Beach presented him with a key to the city in recognition of his humanitarian efforts. He is a native of Falmouth, Massachusetts, and received his bachelor’s degree in 1990 from American University in Washington, D.C.

Details of his annual salary are still unknown.

Stevens estimated net worth is still under review.