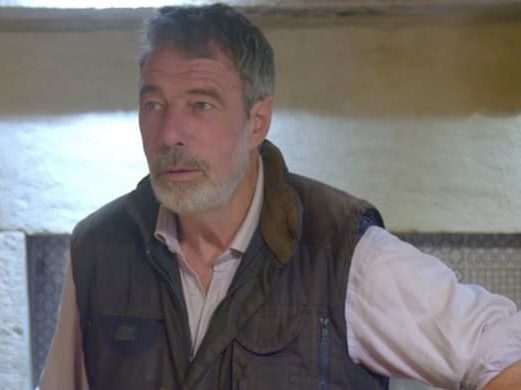 Clive Owen is a farmer and a television personality. He appears on Channel 5 ‘Our Yorkshire Farm’ alongside his family. The show highlights their lives at Ravenseat Farm in the Dales.

Owen is married to Amanda Owen since 2000. The couple met in 1996 when Amanda was 21 years old and Clive was 42. At the time Amanda was working as a contract shepherd and was sent to collect a ram from Clive’s tenanted sheep farm, Ravenseat near Keld in Swaledale.

Clive was previously married before he met Amanda. There are no details available about the marriage apart from he is divorced and has two kids from the marriage.

Clive together with his wife, Amanda has nine children together; Raven, Reuben, Miles, Edith, Violet, Sidney, Annas, Clemmy and Nancy. He also has two other kids from his first marriage.

Owen alongside his wife, Amanda and children features on Channel’s 5 Our Yorkshire Farm. The show follows the Owen family and their remote hill farm’s day-to-day life through the seasons.

The show was renewed in 2021, channel 5 confirmed the news in a statement. “The series, which first aired in 2018, has garnered immense popularity over the years for its heart-warming and refreshingly honest portrayal of family life in the countryside.

Viewers and critics have praised Amanda and Clive Owen’s unique parenting style as they raise their nine ‘free-range’ children on their 2,000-acre remote hill farm in the Yorkshire Dales.

Our Yorkshire Farm demonstrates Channel 5’s continued commitment to the nations and regions, particularly in Yorkshire, where it has invested over £20m since 2015. The channel’s support for the regions is aligned with a substantial viewership outside of London, Yorkshire, North West, Border, and Eastern Regions of the UK.”

Clive is the owner of Ravenseat Farm He says he chose Ravenseat because of its position in the heart of Swaledale and associations with the breed of the same name. The farm is located in the Yorkshire Dales and is based three and a half miles west of Keld, in Swaledale. It
spans 2000 acres.

Owen’s net worth is under review.