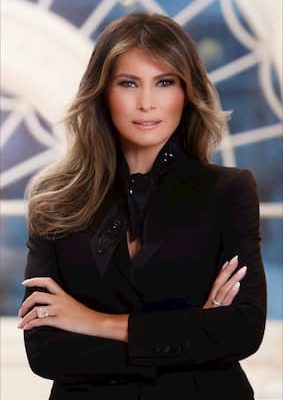 Christine Ann Kapostasy-Jansing  is an American media personality working  for NBC News as senior national correspondent for the network’s cable division, MSNBC . She also serves as a breaking news anchor for the channel and was NBC News senior White House correspondent as well as a host for MSNBC’s show Jansing and Company. She previously worked as a general assignment reporter, weekend anchor and weekly co-anchor for WNYT television in Albany, New York.

She was born on 30 January 1957 in Fairport Harbor, Ohio, United States.

Chris graduated from Otterbein College with a Bachelor of Arts degree.

She is the daughter of f Joseph and Tilly Kapostasy. Her mother is of Slovakian descent while her father  is of Hungarian descent. During a question and answer interview, she revealed that her father motivated her to become a journalist.
“My dad, who had just a 9th grade education, was one of the most avid consumers of news I’ve ever known. As kids my brothers and sisters and I delivered newspapers and we got many newspapers delivered to us on King Street. We watched the evening news every night, because there was no cable then! I didn’t go to college to become a journalist but a chance opportunity at the radio station’s news department changed my life forever, and I graduated with a degree in broadcast journalism.”

She was brought up alongside her eleven siblings whose details are unknown.

Chris married Robert Jansing in 1982. He was chemist, who ran an analytical chemistry laboratory and also  worked as a research scientist at the NYS Department of Health. In 1998, upon her move to NBC, she began using her married name. She explained it was easier for viewers to pronounce but unfortunately the couple subsequently divorced due to unknown reasons. She has since kept her love life off the limelight and it’s not known if she is currently dating or married.

Jansing joined NBC News in June 1998 at which point, she began to use the last name of Jansing professionally instead of her maiden name of Kapostasy which she had used before then. She has since anchored and reported for MSNBC and has been a substitute anchor for The Today Show, and the Sunday version of NBC Nightly News. In 2008, she relocated to Los Angeles and worked as a field reporter for two years before returning as an anchor in 2010 .Chris  previously anchored the 10 am hour on MSNBC weekdays on Jansing and Company, with Richard Lui regularly serving as a correspondent and substitute anchor. The show ended on June 13, 2014, when she became NBC’s Senior White House Correspondent. In June 1, 2017, she was named senior national correspondent for MSNBC.

She anchored the  coverage of the terrorist attacks on September 11 as the events unfolded. She has extensively covered several presidential campaigns and hosted a series of prime time reports called “Battleground America”. She has anchored major breaking stories including Hurricane Katrina in New Orleans, the shooting tragedies in Tucson and Aurora, Colorado, the nuclear crisis in Japan, and the Olympic Games in Torino, Vancouver and London. Jansing was also in London for the Royal Wedding, and Rome for the beatification of Pope John Paul II.

She was with Pope John Paul II during his historic visit to Israel, and anchored  the coverage from Rome for his funeral as well as the election of Pope Benedict. Her reporting for Nightly News with Brian Williams and the TODAY Show has included the 2008 Presidential campaign, the volcano eruption in Iceland, and the death of Michael Jackson. She has filed reports from Bolivia to Vietnam to Afghanistan, and across the U-S.

Prior to joining NBC, she previously worked as an intern at a cable station in Columbus, Ohio, and then accepted a job for a short stint at radio station WIPS in Ticonderoga, New York. She then worked  as a general assignment reporter for WNYT television in Albany, New York and later became  the weekend anchor and then the weekly co-anchor. Here,  she won a New York Emmy Award in 1997 for her coverage of the Olympic Park bombing in Atlanta.

She has an estimated net worth of $4million.