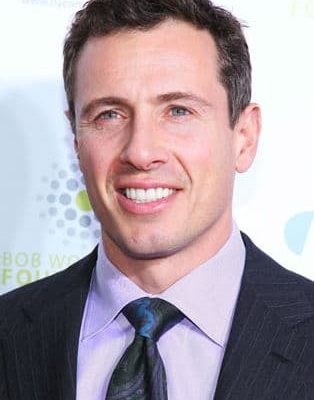 Christopher Charles Cuomo is an American media personality working for CNN . He anchors CNN’s Cuomo Prime Time, a 9pm nightly news program and  Inside Evil with Chris Cuomo on CNN sister network HLN. He previously   co-hosted  CNN’s morning show New Day with Alisyn Camerota and was the co-anchor of 20/20, the Emmy Award-winning ABC Newsmagazine as well as the Chief Law and Justice Correspondent for ABC News .

Chris is the son of Mario Cuomo and and Matilda Cuomo. His father was the 52nd Governor of New York state from 1983 through 1994 while his mother was a family activist .The couple met  at St. John’s University where  Matilda was studying to be a teacher, and Mario focused on law. The New York Times reported that the couple went on their first date to Queens establishment Larry’s Bar and Grill. They later got married in 1954. however Mario died of heart failure in January 2015.

Andrew Mark Cuomo born December 6, 1957 is an American politician, author and lawyer serving as the 56th and current Governor of New York since 2011. A member of the Democratic Party, he was elected to the same position his father, Mario Cuomo, held for three terms. He has served as Chair of the National Governors Association since August 2020 and  is a graduate of Fordham University and Albany Law School of Union University, New York. He began his career working as the campaign manager for his father, then as an assistant district attorney in New York City before entering private law practice. He founded Housing Enterprise for the Less Privileged (HELP USA) and was appointed chair of the New York City Homeless Commission, a position he held from 1990 to 1993.

Chris married Cristina Greeven Cuomo in 2001 in  a Catholic ceremony  that took place at the Sacred Hearts of Jesus and Mary Catholic Church in Southampton, Long Island. Mario Cuomo, Chris’s father and the former New York Governor, calling their union a match made either in heaven or somewhere pretty darn close .Cristina runs Purist, a wellness magazine with both print and digital editions she launched in 2017.She was also the editor-in-chief for Manhattan and Beach magazines, She  grew up in Southampton, Long Island, and graduated from Cornell University.

Cuomo anchors CNN’s Cuomo Prime Time, a 9pm nightly news program where Cuomo tests power with newsmakers and politicians from both sides of the aisle, and reports on the latest breaking news from Washington and around the world. Launched in June 2018, Cuomo Prime Time features in-depth interviews with newsmakers on the day’s top headlines along with spirited political and legal debates. Since its debut, Cuomo has had several high-profile moments and interviews, including the exclusive release of the Michael Cohen-Donald Trump tape discussing payment to an ex-model.

Prior to Cuomo Prime Time, Cuomo was co-host of CNN’s morning show New Day with Alisyn Camerota where he started with the network in February 2013. On New Day, Cuomo covered Hurricane Irma, the Paris terror attacks, protests in Ferguson, MO, Pulse nightclub massacre, the Boston Marathon bombing, 2013 State of the Union, papal resignation and conclave and Christopher Dorner manhunt.

Cuomo ALSO  hosts a true crime documentary series on CNN sister network HLN, Inside Evil with Chris Cuomo where he seeks to understand the motivations behind the country’s most dangerous minds. Seasons have covered serial offenders Joel Rifkin, the Spahalski twins and “Dirty John” Meehan.

Cuomo was the co-anchor of 20/20, the Emmy Award-winning ABC Newsmagazine. He was also the  Chief Law and Justice Correspondent for ABC News where he covered live Hurricane Sandy, the aftermath of the Newtown, CT school shooting, the Aurora, CO movie theater shooting and the 10th anniversary of 9/11. Cuomo broke the Anthony Weiner story, investigated the mishandling of the Jaycee Dugard case and interviewed Stephanie Madoff Mack.

At ABC News, Cuomo’s investigative efforts were a cornerstone of the network’s Gets Answers series, tackling dozens of cases against large companies for families whose situations exemplify larger industry issues. His work on documentaries have included exposing the growing number of homeless teens in America and examining the new face of heroin in suburbia.

From September 2006 to December 2009, Cuomo was a news anchor for Good Morning America serving as the primary reporter on all breaking news stories both at home and around the world. He covered the shootings at Virginia Tech, Ft. Hood, hurricanes Katrina and Rita, and the war on terrorism embedded in Pakistan, Afghanistan and Iraq.

Cuomo has received multiple Emmy Award nominations. His Good Morning America profile of the 12-year-old poet Mattie Stepanek was recognized with a News Emmy, making Cuomo one of the youngest correspondents to receive a News Emmy in network news history.

He has been awarded Polk and Peabody Awards for team coverage. His work has been recognized in the areas of breaking news, business news, and legal news, with the Edward R. Murrow Award for breaking news coverage, the 2005 Gerald Loeb Award for Television Deadline business reporting for “Money for Nothing?”, and the American Bar Association Silver Gavel Award for investigating juvenile justice.

He has an estimated net worth of $12 million