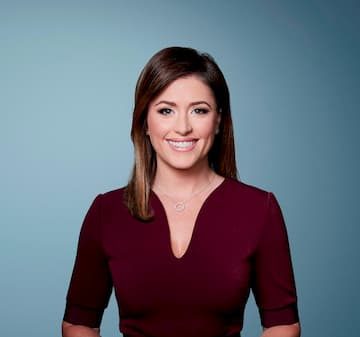 Chloe is an American national.

Melas graduated from Auburn University in 2008 with a degree in radio, television and film.

She is the daughter of Paul Melas and Elizabeth Murphy Melas. She has a younger brother known as Stefanos Melas.

Brian Mazza is an entrepreneur based out of New York with over 15 years of Hospitality and Fashion experience. He is the co-founder of The Ainsworth and  Windsor Custom, a men’s custom clothing company. He is the President of Paige Hospitality Group and a brand ambassador for Lululemon. In 2020, he formed HPLT: High-Performance Lifestyle Training.

In 2017 and 2019 he was on the cover of Men’s Health and has been featured in Men’s Fitness, GQ, Esquire, The New York Times, The Wall Street Journal, Fox 5, Cheddar, Channel 11, HLN, The Steve Harvey Show, and is a frequent contributor on various Food Network shows.

Chloe and her husband have two sons, Leo (born on July 3, 2017) and  Luke Alessandro (born on  July 5, 2019). They were both conceived through in vitro fertilization.

Chloe conceived both her kids through in vitro fertilization. During an exclusive interview with PEOPLE magazine, Chloe revealed that they started trying for a baby two years after their October 2014 wedding but soon learned that her husband had a low sperm count and she had a reduced ovarian reserve, which means a lower-than-average egg count compared to most women her age.

“There were problems on both sides, so we went to a really dark place together. I was super depressed, crying all the time. I was convinced that we would never have children, that I would never carry my own child or have my own biological child.”

The couple decided to try medicated intrauterine insemination (IUI) but they had no luck after three rounds of treatment.

“I was at a fertility clinic and they were monitoring my cycle, and then they were telling us when to go have sex. That took the joy and fun out of sex. I was also peeing on the ovulation sticks, and I remember one time my husband came home late from work and we were supposed to have sex at a certain time, and we got into a huge argument. I had a box of the ovulation sticks, and I threw it up into the air — and literally, like 50 or 60 of those sticks went all over our apartment. It’s almost comical, like something out of a movie.”

The couple eventually turned to in vitro fertilization to conceive Leo, transferring his day-three embryo instead of waiting until day five, since it was the only “normal”-looking embryo to survive to that stage. They also did the same for their second child after trying naturally for a few months and undergoing one more IUI treatment after Leo turned 1.

Chloe serves as an entertainment reporter for CNN based at CNN’s New York bureau. She covers all things entertainment and Hollywood for the network across platforms. She first joined CNN in2008 as a news assistant before leaving and rejoining the network in 2016.

Her reporting ranges from breaking news and exclusive feature interviews to industry analyses and in-depth investigations. She covered the coronavirus pandemic through an entertainment lens, following its impact on Hollywood, as well as interviewing celebrities who are speaking out and giving back.

During the investigation into L’Oreal’s workplace culture during the pandemic, she revealed exclusive details around the company’s growing tensions and fear in the wake of corporate-mandated requirements to bring non-essential workers back into the office.

She also covered the #MeToo era extensively. She did exclusive reporting on sexual harassment and misconduct allegations surrounding high profile figures, including Kevin Spacey, Harvey Weinstein, CBS, Chris D’Elia and Morgan Freeman. Her reporting on Spacey led to his firing from Netflix and from the Sony feature film “All the Money in the World.”

She also created and hosted a television series for CNN’s HLN “Side Hustle Success,” which featured women who turned their hobbies into multi-million dollar businesses.

Chloe and Bonnie Fuller launched HollywoodLife, an entertainment website in 2009 where she served as a senior reporter for seven years before joining CNN. During her tenure, she led some of the biggest initiatives that propelled the outlet to the forefront of industry coverage online. In 2013, she served as a co-host of VH1’s hit morning show, “The Gossip Table.”

In 2018 Chloe made sexual harassment accusation against Morgan Freeman. Chloe alongside An Phung released a CNN report that claimed eight women were sexually harassed by Freeman.

After the report, Freeman released a statement to CNN offering an apology; “Anyone who knows me or has worked with me knows I am not someone who would intentionally offend or knowingly make anyone feel uneasy. I apologize to anyone who felt uncomfortable or disrespected — that was never my intent.”

Chloe released a video clip on CNN’s “New Day” where she claims Freeman harassed her during a press junket. In the clip, Freeman’s co-star, Michael Caine spoke about meeting Melas and making an embarrassing statement. Freeman responded by saying, “I wish I was there.” For some reason, Melas viewed the comment as sexual. It appeared as if Freeman was speaking to Caine.

CNN entertainment reporter @Chloe_Melas describes her experience with Morgan Freeman at a press junket: “As soon as I walked into the room, Alisyn, he started to make sexual comments to me and one of those was caught on tape.” https://t.co/Bv3ujakGFl pic.twitter.com/GqonBChsea

Freeman made another statement by saying, “All victims of assault and harassment deserve to be heard. And we need to listen to them. But it is not right to equate horrific incidents of sexual assault with misplaced compliments or humor. I admit that I am someone who feels a need to try to make women—and men—feel appreciated and at ease around me. As part of that, I would often try to joke with and compliment women, in what I thought was a light-hearted and humorous way.”

Opinion: A house fire changed my life. Here’s how two minutes could help save yours ⁦@RedCross⁩ https://t.co/R0iFwfidJr