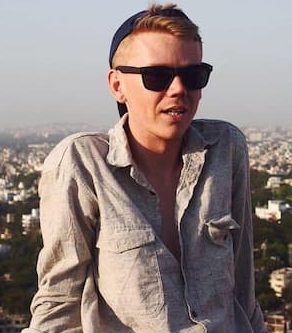 Who is Charlie Mott

Charlie Mott was a shooting, studio, casting and location researcher for BBC Studios. He died In August 2020 although his cause of death has not been revealed yet. At the time of his death he was working as a researcher for BBC One Show.

Mott attended Torquay Boy’s Grammer School and also trained at BBC Academy where hr did BBC Mandatory training. He had a bachelor’s degree in multimedia journalism from Bournemouth University.

He later joined Twofour Group as a researcher. In May 2018 he joined BBC Studios as a studio researcher and later a shooting researcher.

According to Alex Jones who paid on-air tribute to Charlie said that he died over the weekend. Speaking at the end of the show Alex said;

“Now, before we go, we just wanted to pay tribute to one of out colleagues Charlie Mott, who sadly died at the weekend. Everybody on the team is absolutely devastated. He was hugely talented and such good company. We miss him so much.Our thoughts are with his family and we are sending lots of love from all of us here. Goodbye.”

How Did Charlie Mott Die

Charlie’s cause of death has not been revealed yet.

I’ve just heard about Charlie Mott and in shocked and deeply saddened. One of THE nicest and hardest working, funniest people I worked with at The One Show. I’m so sorry to hear that his family have lost such lovely man from their lives.

Well done ⁦@MissAlexjones⁩ for speaking on behalf of all of us on #TheOneShow & paying tribute to our colleague Charlie Mott. Sending all my love to Charlie’s friends & family. I hope Charlie rests in peace ❤️? https://t.co/1d9gP0uDEy