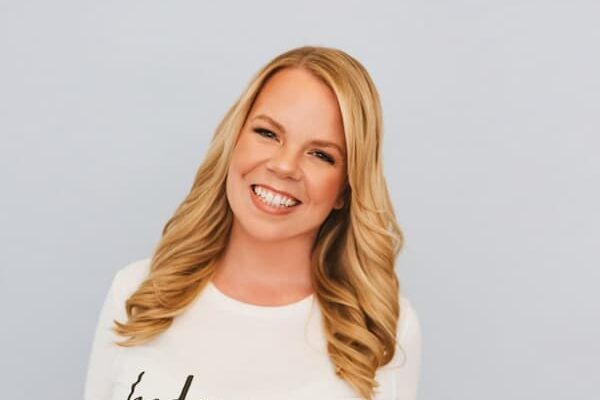 Cassandra Aarssen is a professional organizer, author, television personality and founder of ClutterBug Organizing Services in Ontario Canada. She is the host of HGTV’s Hot Mess House.

Where is Cassandra Aarssen From

She is married to Joseph since 2006. There is no public information available about him or his career.

Cas together with her husband have three children together; two daughters Isabella and Abigail and a son named Milo.

Cas is a professional organizing expert but still refers to herself as a ‘recovering super slob’. She says she wasn’t always organized and she thought of herself as a naturally messy, disorganized person but she realized her way of organizing wasn’t what was traditionally seen in magazines or television and that she had her own unique way of decluttering that matched her unique needs.

“For the first 30 years of my life, I thought I was just a naturally messy, disorganized person. I was running a home daycare, drowning in clutter, drowning in toy clutter, feeling like a failure as a mom. I thought ‘I’m just going to try again.’ I tried and failed so many times to get organized.”

Once her way proved successful she began giving advice to friends and family members and later began taking clients. She also started sharing her experience on Youtube and grew her Clutterbug brand.

“It was a hobby for me, it was a passion. I love organizing I love helping people change their lives through organization like it helped mine. I never went into this as a business. My husband literally said to me ‘please stop talking about organizing’ and he bought me a camera and said ‘record a video or something, post it online’…and that’s what I did… before I knew it people were following me and I had a blog.”

Cassandra is the host of HGTV’s show Hot Mess House alongside craftsman Wendell Holland. The show doesn’t involve any actual human interaction, instead focuses on inspiring those watching at home to tackle their own messy living spaces by seeing participants do exactly that onscreen.

After identifying the client’s organizing style, she uses video calls and online conferencing to guide them through the process of bringing flow back to their homes.

Each installment sees Aarssen taking a video tour of the property in question, witnessing playrooms overflowing with toys, kitchens full of crockery and food items, and basements that would be more at home on Hoarders.

Cas is the author of four organizing books; The Declutter Challenge, Organized Success, Real Life Organizing and The Clutter Connection.

In 2020 Cas revealed she had undergone Roux-en-Y Gastric Bypass (RNY) which has helped her lose 100 pounds in a span of 6 months. She termed the weight loss as a bitter-sweet experience. She said she felt happy about going from a size 18 to 8 nut sad for still having rolls and flabs.