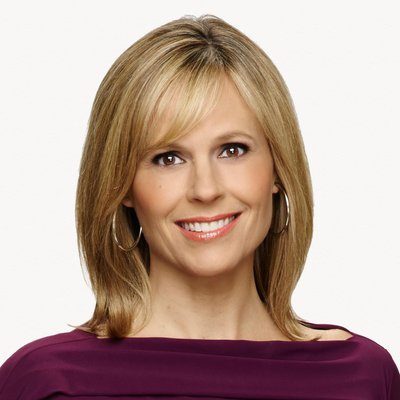 Carolyn Johnson is an American anchor/reporter for KNBC news , she can be seen every evening at 4 p.m. and 6 p.m. Having 20 years of production experience and jornalisim she has served in front of camera and behind the camera, reporting and producing various programs and specials. In addition,  Johnson is also a winner of the Emmy award.

Johnson has not revealed information about her age keeping it private from the public.

She attended the Stanford University where she graduated with honors receiving a degree in B.A in psychology and communication.

Currently the only information about Johnsons family is about her dad posting a picture on instagram during her wedding. She keeps her pesonal life away from the public not talking about her mother nor her relatives.

Although she is married it is not known who her husband is, as a couple they are blessed with two amazing children.

Johnson is an anchor/reporter for KNBC news. Working for 20 years she has experience in production and jornalism working both in front of camera and behind camera, reporting and producing different programs and specials.

While at KNBC she anchored along Michael Brownlee in the 4 p.m. news from Washington D.C. in the days leading up to the presidential inauguration in 2017. In addition she contributed to the station Investigative Team story about the nationwide opioid epidemic.

Before joining KNBC Johnson was working at KGO-TV/ ABC7 for sixteen years in San Francisco as a reporter and anchor. Being known for her reporting on science and health one of her memorable task was when she traveled to West Africa’s Sierra Leone to cover maternal and child health issues in the year of 2011. Prior to joining KGO-TV/ ABC7, she began her career at Stanford University’s campus radio station, leading her to local television station internships in Los Angeles and San Francisco.

Over the course of her career, Johnson’s received several industry awards, including a 2015 Emmy for co-anchoring the station’s coverage of the San Bernardino terrorist attack, in the same year she won 2015 LA Emmy for her work on the NBC4 special “50 Watts,” chronicling what happened before and after the riots of 1965. More awards include an Emmy for Best Evening Newscast, several Golden Mikes, and the Eugene Block Journalism Award for Outstanding Coverage of San Francisco Human Rights Issues.

Johnson has an average net worth of $1 million-$3 million through her journalism career over the years.