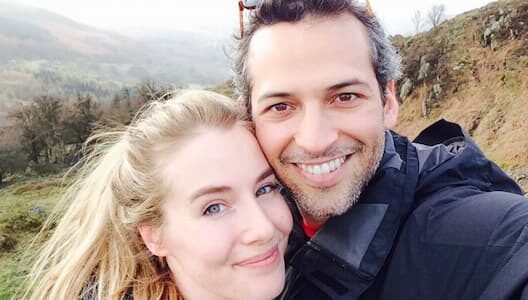 Camilla Schick is an American media personality serving as a foreign affairs producer at CBS News in Washington, D.C. She formerly worked for The New York Times and BBC World News.

Her birthday is unknown.

Camilla trained at the UK’s top journalism school, City University London, and she has a Master of Philosophy (MPhil) in International relations from the University of Cambridge and a first-class degree in anthropology from University College London.

She is an American national, she was born in Paris to British parents.

Camilla was born to British parents but has not revealed their names. It is also unknown if she has any siblings or not.

Schick is married to fellow journalist Nick Schifrin since 2019. The couple first met in Jerusalem in 2014. Since 2017 they had been in an international courtship that included Camilla moving to Washington, D.C. after 18 months long distance and reunions in: Tel Aviv, Lake District, London, Washington, Paris, Istanbul, San Francisco, Ashland, Brecon Beacons, New York, Los Angeles, Andros In May 2019 while in Paris, the couple got engaged. They got married in Washington, D.C., during Thanksgiving 2019.

Nick Schifrin is a journalist who serves as the foreign affairs and defense correspondent for PBS NewsHour, based in Washington, D.C.

She previously worked for The New York Times as a video journalist and breaking news producer. She was the first and only staff video news producer based outside the U.S. covering breaking news and visual-first stories from the London bureau, with a focus on the UK, Europe, Middle East, Asia, conflict, extremism and terrorism.

She began her career at Media Standards Trust where she was a communications, media and events officer. She later interned at Haaretz as an online editor and Channel 4 aa ‘Unreported World’ series research. She spent almost 3 years in Israel and Palestine as a freelance video, radio, print reporter based in Tel Aviv and Jerusalem working for the BBC, Al Jazeera, Deutsche Welle, Foreign Policy, New Statesman and local media.