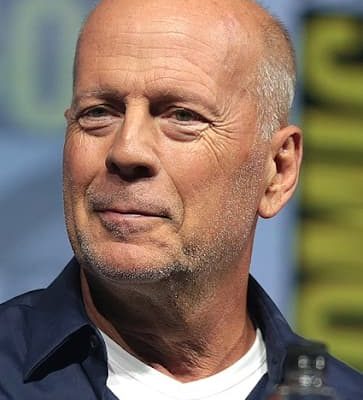 Bruce Willis is one of the world’s best-known actors, having shot to fame for his portrayal of John McClane in the Die Hard franchise. But there’s much more to him than you probably ever realized.

One of the most crucial of these is the fact that his name is actually Walter Bruce Willis, though he opted to use his middle name in his professional life.

Bruce Willis was born in the town of Idar-Oberstein, in what was then, West Germany. Though he has spent most of his life in the United States.

Bruce Willis was born to a German mother and an American father. Their names are Marlene Willis and David Willis. David had been stationed in the country as part of his role in the US Army. He has a sister called Florence and two brothers called David and Robert. Sadly, Robert died of cancer in 2001.

Bruce Willis was married to the actress Demi Moore from 1987 until their divorce in 2000, though they remain on good terms today. The couple have three adult children: Rumer, Scout and Tallulah. Rumer has gone on to have her own acting career.

Willis was engaged to the actress and TV host Brooke Burns in 2004, though they ended their relationship after just 10 months.

He then went on to marry the English-American actress and model Emma Hemming in 2009.

Bruce Willis began working as a security guard at a nuclear power plant after he graduated high school. He then went on to become a private investigator, before enrolling in Montclair State University where he studied drama.

Bruce Willis has a number of hobbies. He is known to have a penchant for gambling, which has seen him play in casinos around the world. In 1998, Willis was vacationing in Scotland with some friends where he visited a casino in the city of Glasgow where he was given the VIP treatment while he played table games like blackjack and stud poker that nowadays are available in many online casinos like VegasSlotsOnline. He’s also been spotted playing craps in Palms and baccarat in Atlantic City, as well as attending the Floyd Mayweather vs Conor McGregor fight in Las Vegas.

Willis also enjoys singing, in an interview with Wired magazine he even gave a small rendition of Cocktails for Two by Spike Jones and revealed that he has an album he released in 1987 called The Return of Bruno. He also enjoys playing the harmonica.

Bruce Willis first began acting in off-Broadway shows, as well as having small roles in films like The Verdict and TV shows like Miami Vice.

He got his big break when he starred in the TV series Moonlighting, which ran between 1985 and 1989. This earned him a Golden Globe and an Emmy.

He also got the lead role in Blind Date in 1987. However, being cast as John McClane in the 1988 film Die Hard would skyrocket his career and created the public perception of him as an action hero. The film would go on to have several sequels, including Die Hard with a Vengeance, in which he starred alongside Samuel L. Jackson.

He later appeared in other blockbuster movies, including Pulp Fiction, Armageddon, The Sixth Sense, The Whole Nine Yards, and Unbreakable.

Willis also guest-starred in the record-breaking sitcom Friends, where he played the protective farther of Ross Geller’s girlfriend, taking great pleasure in intimidating the university professor.

Outside of acting, Bruce Willis has a number of business interests. This includes owning high-end property in several major US cities, shares in a vodka company, a bar, and a theatre. Until 2007, he owned a production company, and he co-founded Planet Hollywood with Sylvester Stallone and Arnold Schwarzenegger.