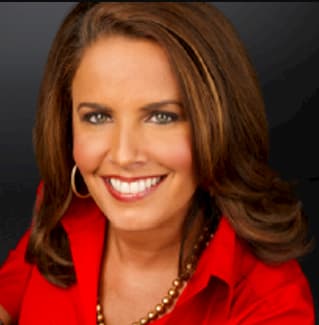 Malveaux was born in December 4, 1966 in Lansing, Michigan.

Brooke is the daughter of Floyd Joseph Malveaux and Myrna Maria Ruiz. Her father was a doctor who became the dean of the College of Medicine at Howard University . He was the executive director of the Merck Childhood Asthma Network and a founder of Howard University’s National Human Genome Center. Her mother is a retired schoolteacher.

Malveaux was brought up alongside her four siblings, Suzette M. Malveaux  her identical twin is a professor at the Columbus School of Law and Catholic University of America. Courtney M. Malveaux is the Commissioner of the Virginia Department of Labor and Industry and former assistant attorney general for the state of Virginia and chairman of the Richmond Republican Committee. Gregory F. Malveaux  is an associate professor of English at Montgomery College.

Brooke  is a lesbian and married to Karine Jean-Pierre ,a White House advisor who also worked as a commentator for NBC News and MSNBC.

Malveaux doesn’t have her own kids but she adopted a  baby girl named Soleil.

Suzanne joined CNN in 2002 and serves as the network’s National Correspondent and also worked  as a White House correspondent–covering Presidents Bill Clinton, George W. Bush, and Barack Obama traveling to Europe, Africa, The Balkans, Latin America, Southeast Asia, Australia and the Middle East. She has interviewed all 5 living Presidents, and several First Ladies.

In March of 2012, Malveaux returned to Rwanda—the former civil war torn African nation she had covered 14 years ago with then President Clinton, and updated the reconciliation efforts. Later in October, she traveled to South Africa where she interviewed the family of Nelson Mandela and covered Soweto “36 years out of the student uprising”. In September 2011, she embedded with U.S. troops in Afghanistan for the 10th anniversary of 9/11 where she led breaking news coverage of the Taliban’s terrorist attack on the U.S. Embassy there.

Malveaux was recognized by Columbia University’s Graduate School of Journalism for covering “One of the top 50 stories of the Century” for her reporting on then Senator Obama’s 2008 presidential campaign. During that time she  reported and crafted a 90 minute documentary on Senator Barack Obama, and served as a panelist questioning the candidates in the Democratic Presidential Primary Debate in Charlotte, North Carolina in Jan. 2008, and Democratic Presidential Debate in Las Vegas in Nov. 2007. She also played a key role in CNN’s Emmy-winning election coverage of 2006 and 2004. She also covered President Obama’s 2013 inauguration in Washington, D.C. and the Democratic National Convention in Charlotte, N.C.

In September 2005, She  reported on the devastation and recovery following Hurricane Katrina. She was part of the coverage team that earned CNN a Peabody Award for its Katrina reporting and a duPont Award for CNN’s coverage of the tsunami disaster in Southeast Asia. She also broke stories including,  the retirement of Supreme Court Justice Sandra Day O’Connor, the plea deal of lobbyist Jack Abramoff and White House personnel changes.

Malveaux worked as a correspondent for NBC News based in Chicago and Washington, D.C. During her tenure, she traveled the country covering breaking news for MSNBC reporting on 9/11, the Pentagon, politics, the 2000 Ballot recount, and Clinton’s impeachment . She was also a reporter for WRC-TV in Washington, D.C., and WFXT-TV and New England Cable News in Boston. Before getting into the news business, Malveaux produced documentaries in Egypt and Kenya and worked on a one-hour documentary on the Great Depression with Boston-based Blackside Inc.

Brooke  has been named an Aspen Institute Henry Crown Fellow, an Aspen Global Leadership Network fellow, an Honorary Member of Alpha Kappa Alpha Sorority, and holds 4 Honorary Bachelor degrees. She has participated in numerous panels at the Aspen Institute Ideas Festival and Brainstorming summits. She serves on the Board of Columbia University’s Graduate School of Journalism.

She was awarded a Gracie Award from the Alliance for Women in May for her 2013 ALS series. She has also been recognized as “One of America’s Most Powerful Players Under 40” by Black Enterprise, Ebony’s “Outstanding Women in Marketing & Communications”, The Root.com 100’s “Most Influential Young African Americans”, and Essence Magazine’s “2009 Journalist of the Year”.

She has an estimated net worth of $3million-$5million.