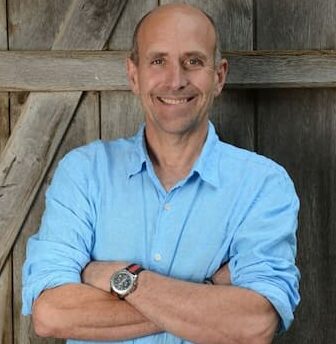 Brenton West (Christopher Brenton West) is a silversmith and photography specializing in 19th and early 20th century image-making and equipment. He is an expert on BBC’s The Repair Shop.

Where is Brenton from?

He has a degree in photography, specialising in 19th and early 20th century image making and equipment, from Plymouth College. He also holds a diploma in silversmithing and allied crafts from Medway College of Design.

Brenton is married although he has not revealed his partner.

West is The Repair Shop’s resident silversmith and photographer. He joined
the show in 2017 after the producers asked him to repair a wooden camera that they had been told was irreparable.

“The producers asked me to repair a wooden camera that they had been told was irreparable. It was the sort of job that I had been doing for ages but was still challenging. Taking a picture of the Repair Shop experts with the restored camera was a great ending.

I reminded the producers that I was also a silversmith (I had used those skills on the brass parts of the camera). Soon I was being asked if I could fix this or that and within no time I became one of the regulars.”

Brenton is a silversmith who began his silversmithing while still at Bryanston School. He developed his craftsmanship during a three year course at the Medway College of Design. He has won three awards from the Worshipful Company of Goldsmiths, one for chasing and two for silversmithing. He has also won a Johnson Matthey Metals Award for design. He has made many silver and jewellery commissions, parts for Formula One cars and trophies for international sporting events. One can purchase his silver and jewelry here.

West is a photographer specializing in daguerreotype photography. While in his 40’s he enrolled at Plymouth College to study photography graduating in 2008. He has since built a career in consultancy and making reproduction vintage cameras for film and TV, including the Emma Thompson film ‘Effie Gray’ (2014) and the BBC production of ‘Victoria & Albert: The Royal Wedding’ (2018).