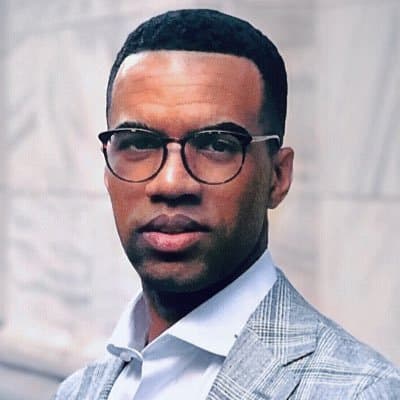 Brad Smith is an American media personality serving as an anchor and reporter at Yahoo Finance. He is a former anchor at Cheddar TV where he hosted ‘Opening Bell’ and ‘Closing Bell.’ He also a drummer who has played alongside Grammy Award-Winning Artists, Producers and Songwriters.

Brad has not revealed how old he is or when he celebrates his birthday.

He has a B.S. degree in Business Administration from Drexel University in Philadelphia, Pa., where he also held a scholarship for Music Performance.

Brad keeps his personal life very private, there is no public information about his marital status. His parents are also unknown.

Smith is an anchor and reporter for Yahoo Finance. He joined the network in 2022. He previously served as an anchor at Cheddar. He joined the network in 2017 where he hosted ‘Closing Bell’ (2007 – 2020) and ‘Opening Bell’ (2021 – 2022). He interviewed business leaders from the world’s largest brands with breaking news across sectors, live from the NYSE trading floor. He was also the network’s 2020 Election Correspondent: Super Tuesday 2020, Democratic National Convention 2020, and Election Night Live Data Telestrator Correspondent.

He co-hosted “Search for a Cure: COVID-19” weekly show tracking the COVID-19 Pandemic educating viewers on the latest developments in virus mitigation from testing to vaccine distribution and accessibility. He also co-hosted “ALL HANDS”, a weekly show focused on Diversity, Equity and Inclusion.

Prior to joining Cheddar, he was a social producer and host at The Nasdaq Stock Market where he conducted over 200 live interviews with executives and business icons from the world’s largest brands, across every sector. While at Nasdaq, Brad strategized and executed go-to-market campaigns for companies prior to their Initial Public Offering.

He began his career as a social media marketing specialist at SAP where he worked with SAP Global Marketing team and was responsible for providing social media metrics and reporting for the SAP Cloud Solutions product on a biweekly basis.