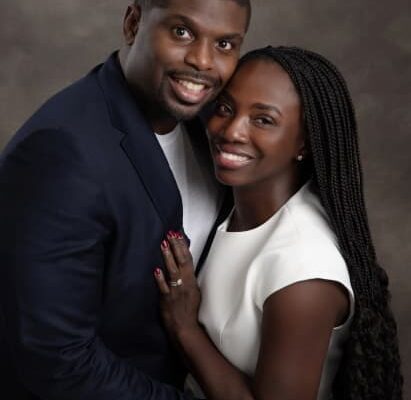 Antonio Jackson is a former NFL player, who played for Oakland Raiders, New York Giants and Seattle Seahawks. He is the husband of Dr. Mercy Odueyungbo, a dermatologist and owner of illy Dermatology.

He attended the University of Lowa graduating in 2004. He later pursued a degree in Law at Concord Law School at Purdue University Global.

Antonio is married to Dr. Mercy Odueyungbo, a dermatologist and owner of Lilly Dermatology and has been in Marquette since 2015. She is also the star of TLC’s reality show ‘Dr. Mercy’.

The couple first met in 2002 when Tony was playing at the Univesity of Lowa. Tony “physically” ran into Odueyungbo at a student union gathering. Mercy asked for an apology but Tony was dumbstruck to respond because he was drawn to her brown eyes.

Tony later requested her to become his science tutor. Their friendship later turned into romance when Odueyungbo went to med school. In 2015 Tony asked Odueyungbo’s parents for their blessing and planned a proposal with her family’s help. Jackson was in Detroit while Odueyungbo was doing her residency in the Big Apple. So Odueyungbo’s sister Ope faked a medical emergency to get her to come to the venue where Jackson proposed.

Jackson and his wife have a daughter known as Lily, born in 2018.

Tony is a former NFL player, he was selected in the sixth round of the 2005 NFL Draft by the Seattle Seahawks. He was however waived by the team following the preseason. He was then signed by the New York Giants in the 2006 offseason but failed to make the team out of training camp and was released.

On October 25, 2006, he was signed to the practice squad of the Oakland Raiders. He was re-signed by the team in the 2007 offseason but waived on July 24. He again spent time with the team during the 2008 offseason but was released on July 18.

He is also the owner of Jackson Media Group which he founded in December 2019. He is also a former financial, professional and personal development coach at Life Leadership Company.

His actual net worth is under review.