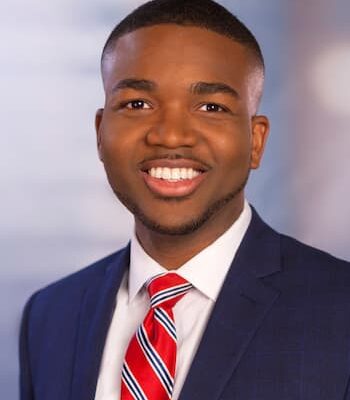 He belongs to Afro-Trinidadians and Tobagonians.

He has a Bachelor of Arts degree in Mass Communications with a minor in ethnic studies from Bowling Green State University.

He is the son of Sharon Peterson. According to his social media account, he was raised by a single parent. In one of his posts, he wrote, “To the WOMEN out there playing the role of MOM & DAD, Happy Father’s Day!!! The load is twice as heavy and you’re carrying it like a G.”

While in college he interned at CBS in Los Angeles, California working on shows like Entertainment Tonight, Wheel of Fortune and Jeopardy. He says it was an experience of a lifetime. He’s a proud member of Phi Beta Sigma Fraternity Incorporated, and in 2009, he graduated with a degree in Telecommunications and a minor in Ethnic Studies.

Antoine is the morning news anchor for NBC12 since 2018. He previously worked at CBS affiliate in Champaign, Illinois (WCIA) for 7 years. He began as an intern and worked on shows like Entertainment Tonight, Wheel of Fortune and Jeopardy.

From September 2013 to January 2015 he served as a general assignment reporter and later worked as a weekend anchor. In September 2015 he became the morning news anchor. He left in June 2018 to join WWBT NBC12. Prior to joining journalism, he worked as a sales representative for Cintas for two years (2010 – 2012).