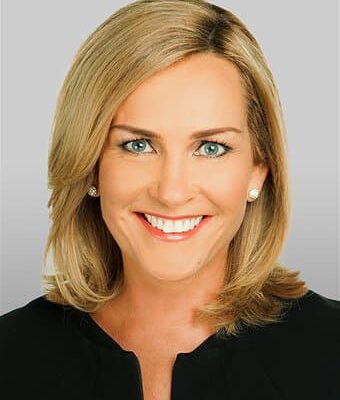 Ali Moore is an Australian TV journalist and radio broadcaster with 702 ABC Local Radio and a fill-in on News Breakfast in Sydney.

She has not released details of her parents to the public yet.

Ali is believed to be married but the husband is not yet known according to Sydney Herald.

In one of the morning shows she hosts she is said to have two children whose details are not yet released to the public.

Ali has hosted ABC News 24’s Afternoon Live and ABC 1’s Lateline, as well as filled in for Jon Faine on ABC Radio Melbourne. Ali Moore began her career as a journalist at 3LO (now 774 ABC Melbourne) after graduating from Melbourne University with a Bachelor of Arts.

She moved north to Beijing as the ABC’s China Correspondent in 1992, after 6 years with the radio news and current affairs team.

Ali moved to Channel Nine in 1996, where she spent a decade reporting for and later hosting the highly renowned weekly business current affairs show Business Sunday, where she covered stories from Japan, Thailand, Hong Kong, London, and Slovenia.

She was also a Saturday fill-in host for Today, where she replaced Tracy Grimshaw from 1999 until 2003. Ali co-hosted the show with Steve Liebmann from 6 a.m. to 11 a.m. the morning following the 11 September attacks in New York, bringing in the latest information from the developing story. Ali returned to ABC in 2006 to lead the Lateline Business show after leaving Nine.

Moore began hosting Afternoon Live on ABC News 24 in July 2010. Moore departed ABC News 24 in December 2010 after it was revealed that she would join Lateline in 2011, filling the position left by Leigh Sales.
Ali went on to work for BBC World News as a freelance producer and presenter in Singapore, where she worked on Newsday and Asia Business Report.

She has a networth of $1 Million – $5 Million dollars.