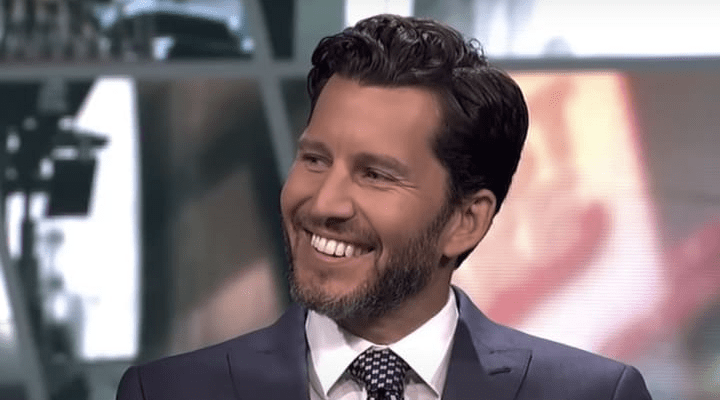 Will Cain (Charles Williams Cain) is an American columnist, political analyst, sports commentator and a media personality currently serving as the co-host of Fox & Friends Weekend on Fox News.

He stands at a height of six feet three inches tall.

He also completed his J.D. degree at the University of Texas School of Law in 2000.

Little is known about his parents. His father died in 2001.

Will has a younger brother. When his father died in 2001, he moved to Texas to take care him.

Cain and his wife Kathleen have two sons Charlie and West. He frequently posts pictures of his family on his Instagram account.

Cain currently serves as co-host of FOX News Channel’s (FNC) FOX & Friends Weekend (Saturdays and Sundays 6-10AM/ET). He joined the network in August 2020 and is based in New York.

In this role, Cain, alongside co-hosts Pete Hegseth and Jedediah Bila, helms the weekend version of the top-rated morning show in cable news. The four-hour program features a broad range of guests, including politicians, newsmakers, athletes and experts in lifestyle and entertainment.

Prior to joining FNC, he served as an on-air personality at ESPN where he hosted his own daily radio show entitled, The Will Cain Show and appeared as a frequent panelist on the network’s morning debate program, First Take. He joined the sports network in 2015 as a contributor where he hosted Fantasy Football Now, an award winning, four-hour fantasy football program and frequently reported investigative pieces for Outside the Lines.

Previously, he was a political analyst for CNN, co-hosting In the Arena with Eliot Spitzer prior to joining Starting Point with Soledad O’Brien in 2012. Additionally, he was a host on The Blaze, where he helmed a number of programs including, Real News, Cain and Cupp, and The Cain Conversation, in which he presented a series of in-depth interviews with influential leaders in business. Cain also ventured into the field of producing and released a mini-series entitled Alise vs. The Mayor in 2014, focused on New York City Mayor Bill de Blasio’s attempts to curb charter schools.

Before his career in television, Cain financed, bought and sold two media companies, Quince Media, a Hispanic media company, and Cain Communications, a community newspaper group in Texas. In 2007, his work with Quince Media earned him recognition as one of the “40 Most Influential People in the Magazine Industry” by Folio, while his acquisition and expansion of Cain Communications placed him among the Texas Press Association’s “20 Under 40.”

Will Cain Net Worth

Will’s net worth is $6 Million.