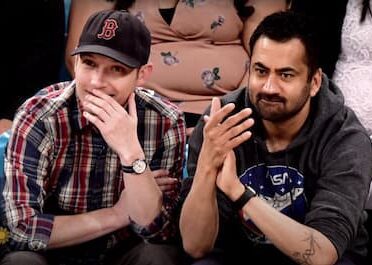 Who Is Kal Penn Partner Josh

Kal Penn is engaged to Josh, whom he has dated for eleven years. He revealed the news while coming out as gay during an interview on CBS Sunday Morning. This was when he was promoting his memoir ‘You Can’t Be Serious’ set to be released in November 2, 2021.

Karl is engaged to Josh. The couple has been together for 11 years. They met and fell in love when Penn was living in Washington.

During an interview with PEOPLE, he said that during their first date Josh showed up to his apartment with an 18-pack of Coors Light and then proceeded to turn on a NASCAR race.

“I thought, ‘This obviously is not going to work out’. I have one day off from The White House and this dude is unironically watching cars go around and make left turns? Next thing you know, it’s been a couple months and we’re watching NASCAR every Sunday. I’m like, ‘What is happening?’ I wanted the reader to enjoy the love and the humor through all of those stories.”

He added that Josh is a very private person and didn’t even reveal his last name. He however said he has been very public about his relationship with everybody he personally interacted with.

“I’ve always been very public with everybody I’ve personally interacted with. Whether it’s somebody that I meet at a bar, if Josh and I are out or we’re talking to friends. I’m really excited to share our relationship with readers. But Josh, my partner, my parents, and my brother, four people who I’m closest to in the family, are fairly quiet. They don’t love attention and shy away from the limelight.”

Who Is Kal Penn

Kal Penn is a comedian, actor and former White House staff member from the Barack Obama administration. He joined the White House in 2009 as the Principal Associate Director in the White House Office of Public Engagement. After leaving he went back to acting and in 2016 he famously steeped back to the White House as a White House speech writer in Netflix’s Designated Survivor as Seth Wright.

While promoting his memoir ‘You Can’t Be Serious’ Kal revealed he is gay. During an interview with PEOPLE he said he discovered his sexuality relatively late compared to other people.

“I discovered my own sexuality relatively late in life compared to many other people. There’s no timeline on this stuff. People figure their s*** out at different times in their lives, so I’m glad I did when I did.”

Back in June, Kal posted a photo on Instagram with the caption, ‘A very fun NYC Sunday. Happy Pride y’all!’ at the time he had not publicly come out as gay

Penn announced his engagement during an interview on CBS Sunday Morning, “I mean, you know, Josh and I’ve been together for 11 years. We had our 11th anniversary in October. So, for me and writing about it [in my book], I think the tricky thing was…it’s very matter-of-fact in our lives, and when you’re the son of Indian immigrants who says that you want to be an actor, the chaos that creates in your family and your community, will trump anything else, always.”

Kal is not married yet but he is engaged to Josh, whom he has ddated for 11 years.