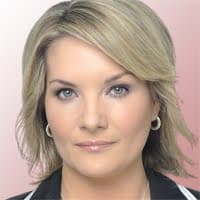 Whitney Fitzsimmons has been an ABC TV host for almost eight years. Whitney is an associate director at KPMG Australia’s media and communications division, where she connects the firm’s industry professionals and thought-leaders with the media industry. She was the host of ABC1’s Business Today, as well as ABC News 24 and Australia Network’s Business Today. She is a freelance TV news anchor, journalist, and writer with over 15 years of experience in the media industry.

Fitzsimmons has a Master of Arts in Journalism and a Bachelor of Arts in Theatre and Performance from University Western Sydney-Nepean.

She has not released any details about her parents

It is not yet clear about her married life. She keeps most of her life private. In her spare time, she is a jazz singer.

She has known kids

Fitzsimmons has worked for ABC for 10 years, holding positions such as the senior producer of Lateline, anchor of Lateline Business. She ha she’d a position as an anchor in The World, Afternoon Live, The Drum, The Midday Report – summer edition, Australia wide. Whitney has also been a finance presenter on the Midday Report opposite Ros Childs. She has also covered general news and business stories for ABC News on a national level.

Moreover, Fitzsimmons previously worked for Australia Network as a news anchor, where he covered key world events. Some of these are such as the 7 July 2005 London bombings, Hurricane Katrina’s impact, Palestinian elections, and the end of Israeli Prime Minister Ariel Sharon’s political career. She received a Jefferson Fellowship from the East West Center in Honolulu in 2009 to examine the impact of the Asian financial crisis.

Along with that, Whitney created solid strategic and editorial/commercial collaborations with large companies (CBA, Xero, Australia Post, BizCover, and KPMG) as well as state and local governments in her role as executive producer. She’s also worked for the Seven Network, Sky News, and CNBC in commercial television. Additionally, Whitney was awarded a 2009 Jefferson Fellowship from the East West Center at the University of Hawaii and a 2008 Asia Pacific Journalism Centre Fellowship. She is listed in the current edition of Who’s Who of Australian Women.

Her net worth has been estimate at $5 million.