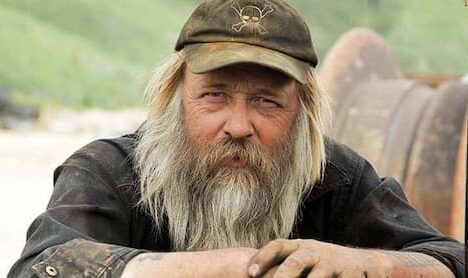 Tony Beets is a mining and metal professional and television personality. He is a gold producer of the Klondike and a cast member of Discover’s ‘Gold Rush’.  He is the owner of Tamarack Inc.

He is married to Minnie Beets. The couple began dating when Minnie was 20 years old and got married after years later. The couple had been neighbors when they were kids. The couple moved to Canada where Minnie worked in home healthcare, retail, and in a Dawson hamburger joint (which she later bought and managed). She has been the bookkeeper at Paradise Hill for more than ten years.

Tony and his wife have five children together; Bianca, Kelvin, Mike, Monica and Jasmine. Jasmine died three months after she was born and Tony got her name and date of birth and death tattooed on his hand.

Kevin is a mechanic and a member of the Beets Crew. His first appearance on ‘Gold Rush’ was on season 5 working at the Paradise Hill claim and disassembling the Beets bacon strip machine 1 at Clear Creek.

Michael works as a supervisor at the Paradise Hill claim and spends his spare time as a medieval recreationist.

Beets has one grandchild known as Eagan who is the son of Bianca. He once took him to the worksite where he told him that he may become a gold miner in the future.

Tony is a gold miner in Klondike. He began as a lowly machine operator and has since become one of the biggest miners in the Klondike.

He is a cast member of the Discovery show ‘Gold Rush’. He first featured in two series, where she advised Todd Hoffman that the secret to successful gold mining was drilling test holes. Tony reappeared in series four leasing land to Parker Schnabel, and mentored him through his rookie season of gold mining in the Klondike.

He believes that old time dredging is the future of gold mining in the Klondike. During a previous season he dredged at Eureka Creek successfully up and running, he started bringing in big gold. He then doubled down and bought a second dredge for a million dollars, but failed to tear it down and transport it back to his claims.

To buy the D11 or not to buy? That is the question.

In 2017 he was found guilty of permitting the deposit of waste into water in a water management area and failing to report having done so under the Yukon Waters Act. Tamarack was also found guilty of those charges, as well as two counts of failing to comply with the conditions of its water licence.

This was after one of his emplooyees poured about a gallon of gasoline into a dredge pond and set it on fire in October 2014. The incident was recorded by the Gold Rush crew and was included in the show’s episode “100 Ounces.”

He has an estimated net worth of $ 1.5 million.