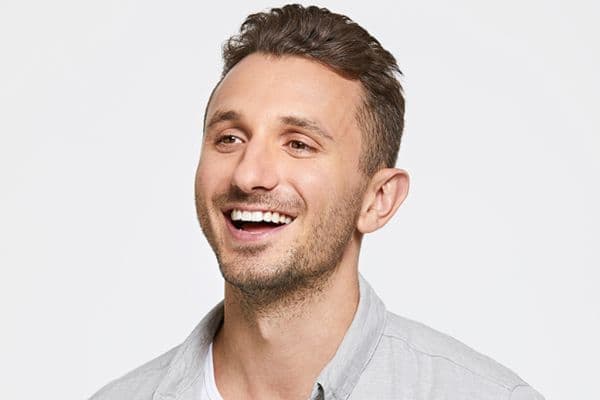 Tommy Little ( born Thomas Little) is a comedian, writer, actor, and television and radio host from Australia. With Carrie Bickmore, he co-hosts The Project on Network 10 and Carrie & Tommy on the Hit Network.

Not much s known about his parents but Tommy is much in love with hr mother . She keeps posting her on her social media pages. His father is still unknown.

He has been dating Natalie Kyriacou who is an entrepreneur and Instagram official. They had hinted of their relationship in 2020. Unfortunately in December 2021 they announced their break up. He is now single.

Little has been on Celebrity Name Game, Studio 10, The Project, and Hughesy, We Have a Problem as part of the Melbourne International Comedy Festival. He began writing for Studio A, a Channel 31 conversation show hosted by Dave Thornton and produced by RMITV, in 2008. At the 2009 Antenna Awards, Studio A he won two Antenna Awards for Program of the Year and Best Comedy, both during Little’s time on the cast and writing team.

Additionally, Little  was elevated to host in 2010 after establishing himself as a key component of the cast and writing team.  RMITV management revealed in a press statement after the sixth season of Studio A that they would be making changes to their Flagship Production in 2012 and that a new show, Live on Bowen, will take its place. Little performed in the Warehouse Comedy Festival in 2012, which transforms an old warehouse into a pop-up comedy stage and movie theater.

Along with that, Tommy  was named host of Network Ten’s comedy and entertainment programme A League of Their Own in 2013, as well as co-host of comic chat show This Week Live with Dave Thornton, Tom Gleeson, and Meshel Laurie. On the ABC show Time of our Lives, he also played Claudia Karvan’s love interest.

Subsquently, he  has been a comic panelist on Ten’s prime-time entertainment news show The Project since 2014, taking over for regular Peter Helliar. Little hosted Whose Line Is It Anyway? in 2016. Based on the British show of the same name on Foxtel’s The Comedy Channel, Australia is an improvised comedy show.  Apart from this,  Tommy  made his television debut as a child on two episodes of “Rex Hunt’s Fishing Adventures,” many years before he rose to stardom.

Little joined Meshel Laurie to anchor Meshel & Tommy in early December 2013, replacing Hughesy & Kate, as announced by Nova 100 in October 2013. He stated in October 2015 that he would be departing Nova 100 at the end of the year.

He has garnered a networth of approximately $ 1.5 million