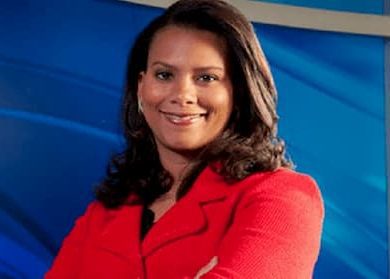 Tamala Edwards is an American media personality for 6abc in Philadelphia. She is the weekday co-anchor of Action News Mornings from 4:30 am-7 am and is a regular co-host of Inside Story. She previously worked as the anchor of ABC’s World News Now, and World News This Morning.

Tamala stands at a height of 5 feet 7 inches tall.

Edwards has a Bachelor of Arts degree in International Relations from Stanford University.

Tamala was born to Edith Edwards and Redick Edwards. Her father was a senior vice president and a commercial account manager in Houston for the Bank of America while her mother was in the counselor section of the financial aid department of the University of Houston.

Tamala got married to her husband Rocco Lugrine on September 15, 2006. He is the Corporate Pastry Chef at Le Bec Fin. She previously served as an executive pastry chef for a local pastry shop in California, Miel.

The couple first met in February 2006 when Tamala read an ad about classes in Valentine’s Day chocolate making which were to be held at one of Rocco’s patisseries. Tamala decided to do a segment for it. She invited Rocco for dinner and later for an opera.

Tamala said of the timeline; “We met in February, our first date was in March, we started talking about marriage in April, we bought a house in Philadephia in June, moved in July, got engaged in August and are getting married in September. Every day has been a red letter day.”

Tamala joined ABC News in August 2001 as a White House correspondent. She then moved to Washington and served as a general correspondent where she covered education, religion and culture for World News Tonight and other ABC News programs. She was an embedded reporter during the Iraq War, moving with the Air Force from Kuwait to Nasiriyah, Iraq. She also anchored ABC’s World News Now, and World News This Morning.

Edward was a staff writer at TIME Magazine. She covered Vice President Al Gore’s campaign and former New Jersey Senator Bill Bradley’s campaign for the Democratic presidential nomination during the 2000 presidential election. She was a panelist in the Apollo Theatre debate in New York between Gore and Bradley, and Edwards also participated in MTV’s “Choose or Lose” broadcasts.

She previously served as a correspondent in the Washington bureau of Time from 1995-1997, where she covered Bob Dole’s presidential campaign politics, society, and breaking news. Before coming to Washington in 1995, she worked for two years as a Time reporter in New York covering international news.

While in New York at Time International from 1993-1995, she covered global issues from the reclamation of an ancient Jewish text in Bosnia to the international expansion of MTV News to an international art-world ruckus over a group of Canadian prehistoric figurines.

Tamala joined 6abc in January of 2005. She is the weekday co-anchor of Action News Mornings from 4:30 am-7 am and is a regular co-host of Inside Story.

Tamala has an estimated net worth of $1.5 million.