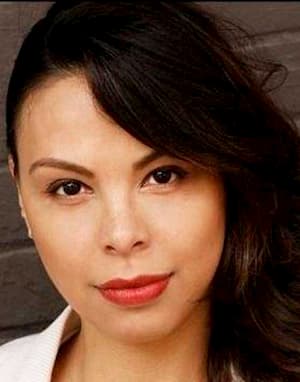 Taina “Tai” Hernandez is an American media personality freelancing for ABC News. She previously served as a reporter and anchor of Good Day New York for WNYW and a correspondent for ABC News as well as a political reporter at NY1 News.

Taina is the daughter of Lillian Hernandez and Esdras Hernandez, Her mother was a homemaker while her father was a trumpeter who played Latin jazz. No further information regarding them is available. It’s also not known whether she has any siblings.

Taina is married to Jamie McShane, a graduate of the Bronx High School of Science. He received a bachelor’s degree from SUNY Albany and he is the son of the late Monica McShane and the late James M. McShane, who lived in Sunnyside, Queens. He serves as the  Director of Media Relations for Con Edison and was the Senior Vice President for the Real Estate Board of New York (REBNY). He also worked as Director of Communications for the New York City Council , was an Emmy award-winning political producer for NBC New York and previously covered government and politics at CNN, and NY1 News. The duo exchanged their marriage vows on October 3, 2003.

Hernandez and her husband has two kids whose names hasn’t been revealed.

Hernandez serves as a Los Angeles-based correspondent for ABC News. She joined the station  in December 2001 as a correspondent for NewsOne, the affiliate news service of ABC News and  files regularly for Good Morning America as well as World News Tonight.

Hernandez has  reported from the West Coast on environmental issues and covered a number of criminal cases, including the disappearance of Laci Peterson in Modesto, Calif. She also reported on the medical progress of formerly conjoined twins in Guatemala and from the Middle East on the rising tensions in the region. As a NewsOne correspondent, Hernandez traveled throughout the Northeast covering breaking news, including extensive post-Sept. 11, 2001, coverage. On December 18, 2007, Hernandez announced on the air that she was stepping down from her position on the ABC News morning team to take some time off prior to giving birth to her second child.

Prior to joining ABC News, Taina was a reporter and substitute anchor in New York City for various local stations, including ABC-owned station WABC. She was a political reporter at NY1 News where she covered the 2000 United States Senate campaign of Hillary Clinton and the mayoralty of Rudy Giuliani and also covered the terrorist attacks of September 11, 2001 and the aftermath. She also reported on the campaign of New York City Mayor Michael R. Bloomberg. She also served as a reporter for FOX Network television station WNYW in New York City and has anchored the station’s morning show Good Day New York and the weekend newscast as sub-anchor.

Hernandez has been criticized, along with Ryan Owens, for laughing during serious segments while appearing on World News Now, such as during their reportage of Owen Wilson’s suicide attempt in August 2007. The incident was regarded as unprofessional but regular fans pointed out that they enjoy the duo’s  light-hearted style and the casual, “graveyard shift” format of the World News Now program.

No information about her estimated net worth is available.