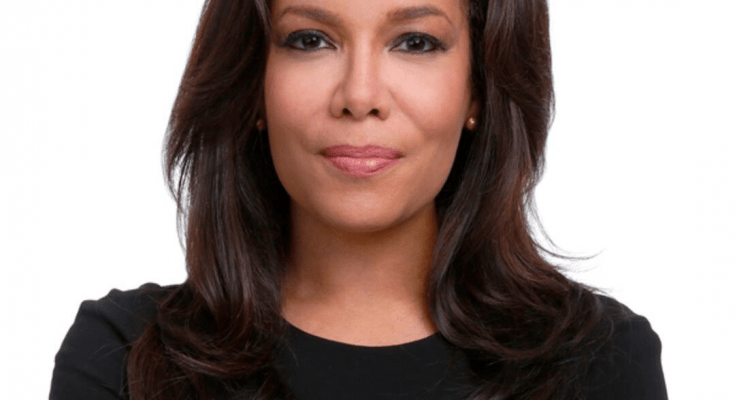 Sunny Hostin (Asunción Cummings Hostin) is an American lawyer, journalist, and television host. She is co-host on ABC’s morning talk show The View as well as the Senior Legal Correspondent and Analyst for ABC News. She is also the host and executive producer of Investigation Discovery’s true crime series Truth About Murder with Sunny Hostin.

Sunny attended the all-girls Dominican Academy. She received her B.A. degree in English and Rhetoric from Binghamton University and her J.D. degree from Notre Dame Law School.

Her mother, Rosa Beza, is a Puerto Rican while her father, William Cummings, Is an African American.

She is married to orthopedic surgeon Emmanuel Hostin. They married in 1998.

Throughout her career, Sunny has kept her relationship private. However, she has not been afraid to show a glimpse into her life on her social media. She continued, “Emmanuel lost his father (Dr. A. Emmanuel) on Dec. 28, at age 83 and lost his mother (Dr. Maria Jesus) on New Year’s Day at age 78.”

Her parents-in-law died of COVID-19 within three days of each other.

She is a proud parent of two children, son Gabriel who is eighteen years old and daughter Paloma who is fourteen years old.

Hostin began her career as a law clerk to retired Chief Judge of the Maryland Court of Appeals Robert M. Bell. She later became a trial attorney in the U.S. Department of Justice’s Antitrust Division. She left the Antitrust Division to become a federal prosecutor, specializing in child sex crimes. Sunny was awarded a Special Achievement Award for her successful prosecution of sex offenders. She was also a Managing Director of Business Intelligence and Investigations at Kroll, the world’s leading risk-consulting company, where she led groups of investigators all over the world to investigate and uncover fraud.

She began her television career as a commentator for Court TV. She was then offered a spot on the Fox News program The O’Reilly Factor, where she appeared on the show’s “Is It Legal?” segments, regularly debating with Bill O’Reilly and Megyn Kelly. CNN President Jon Klein signed her to the network in September 2007 as the legal analyst for its flagship morning show American Morning. In 2014, Hostin began frequently appearing as a guest contributor on the ABC daytime talk show The View. In 2015, she participated in a TEDx Talk titled A Possibility Model that details the effects of an early trauma.

Hostin joined ABC News as Senior Legal Correspondent and analyst in March 2016. She became a permanent co-host of The View beginning the show’s twentieth season in September 2016. In 2017, she made a cameo appearance as herself in the comedy film Girls Trip.

In 2019, she hosted and executive produced the six-episode documentary series Truth About Murder With Sunny Hostin on Investigation Discovery. She also hosted a podcast titled Have You Seen This Man?, produced by ABC. Hostin released her memoir, I Am These Truths, in 2020. She is set to executive produce The Counsel, a drama television series inspired by her life and career.

She has a net worth of $3 million.