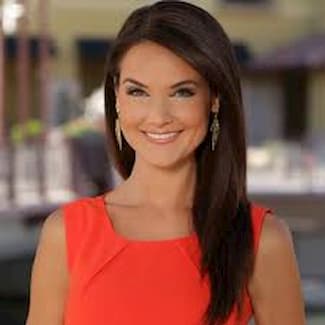 Stephanie Hockridge is an American media personality popularly known for working for KNXV-TV, an affiliation of ABC 15 News, as an anchor, a general  assignment reporter and primary fill-in anchor.  She also worked for ABC as a reporter and anchor and also served in the London Bureau for CBS News. She is currently a  co-founder of two tech companies.

Stephanie stands at a height of 5 feet 8 inches tall.

Stephanie was born and raised  in Dallas, Texas, the USA but details about her parents are unknown.

She was brought up alongside her two brothers one who goes by the name David Hockridge. No further information regarding them is available.

Hockridge is currently dating and engaged to Vince Marotta who is also a journalist. However, she hasn’t shared any further information regarding their relationship. It’s also not known whether the two have any children together.

She previously worked in Kansas City, Missouri, Charlottesville, Virginia and Columbia. In Kansas City, Missouri,  she anchored the weekend evening newscasts and reported during the week. She was on the anchor desk when news broke of Osama bin Laden’s death and field anchored from the devastation after a tornado hit Joplin. Before moving to Kansas City, Stephanie anchored the 5, 6, and 11pm newscasts in Charlotteville, VA. She also worked as the executive producer of the 11pm newscasts. While there, Stephanie covered the Virginia Tech Tragedy and I-64 Highway Shootings.  She was voted “Favorite Newscaster” by the viewers in Charlottesville and has been honored by the Virginia Association of Broadcasters for her work.

Prior to joining ABC, she also worked in the broadcast field as a radio reporter in the Jefferson City, Missouri Statehouse Bureau and interviewed state lawmakers and Missouri Congressional leaders and covered pressing political issues from Jefferson City to Washington. She also anchored the weekend newscasts and reported for KOMU News. While there, one of her reports prompted a popular children’s multi-vitamin company to retest its product until it met FDA standards. Stephanie also spent time working in the London Bureau for CBS News.

She also worked for WCAV-TV as a Charlottesville-based anchor in Virginia and she was the main anchor for weekday newscasts at 5, 6 and 10 p.m.  She then joined WDAF-TV as an anchor and reporter .Here, she anchored Saturday and Sunday evening newscasts, and also served as the main fill-in anchor on weekdays, as well as a general assignment reporter.

Hockridge is the co-founder of Juuice a plattform that mobilizes the power grid, giving 5.2B mobile users the freedom to charge on-the-go without plugging into an outlet. Their connected devices create the world’s largest IoT network & provide much-needed backup to critical infrastructure.She is also the co-founder of  blueacorn.co
a Fintech platform with a mission to provide free & fair access to PPP funding owed to small businesses .. Blueacorn’s proprietary technology simplifies & accelerates the complex application process, focusing on serving minority-owned, women-owned, veteran-owned and rural-owned small businesses.

Stephanie and Nate Reis founded Juuice in 2016. H invested $3M of personal funds. He is an alumnus of Harvard Business School and a CPA. Based on his payments expertise and launching/scaling dual-sided markets, Nate was tapped by AT&T, T-Mobile & Verizon to accelerate the joint venture’s mobile payment initiative. He’s an expert in branding,sales, marketing and has the ability to recruit top talent. Nate founded and exited 2 Fintech businesses, Entrust Bankcard (point-of-sale) & MobiSquad (mobile payments) in 2014.