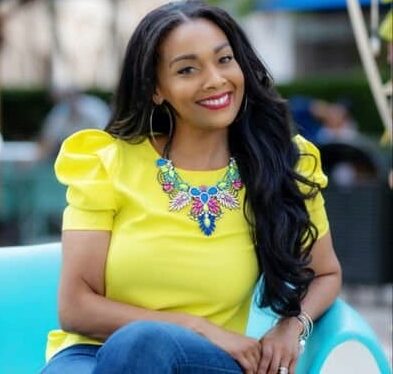 Shea Hicks-Whitfield is a real estate expert and television personality. She is a Realtor for Alexander Real Estate (ARE) Detroit. She also appears on HGTV’s Bargain Block alongside home improvement experts and partners, Evan Thomas and Keith Bynum.

Shea is the daughter of Audrey Spearman Austin and a stepdaughter of Milton Austin. She has a sister known as Sheena Ashley Austin.

Hicks is married to Terry E. Whitfield since May 30, 2015. The couple has been together since July 2007. Terry is a graduate of Michigan State University working as an education program manager at The Skillman Foundation.

Whitfield is a licensed realtor in Detroit, Michigan with more than 15 years of experience. She is a Realtor for Alexander Real Estate (ARE) Detroit, a team of young, tech-savvy agents that pride themselves on doing things differently.

She got into real estate when she was looking for a part-time job that would supplement her income. She became an assistant to a real estate sales manager for a company building condominiums, and the job was only a mile from her apartment. With the encouragement of her bosses, she went and got a real estate license.

Shea is a realtor on HGTV’s Bargain Block. She appears alongside home improvement experts and partners, Evan Thomas and Keith Bynum.  In the show Evan and Keith buy run-down and abandoned properties and transform them into affordable, stylish starter homes for first-time homebuyers.

During an interview with The Smits Team she said;  “A year and a half ago, I was introduced to Keith and Evan. I had already been following them on social media.

I saw what Keith and Evan were doing, and I’m like, “These guys are amazing!” They’re completely renovating these homes in the neighborhoods where they’re not necessarily making the biggest profit. They’re not like your typical investor who is living out of state or is in a much better suburb of Detroit, and it caught my eye.

When I was introduced to them, it was an instant connection. We developed a friendship and a chemistry that I appreciate. Obviously I love real estate, but it’s always so rewarding to have clients that you consider friends so you can enjoy yourself while you’re working.”